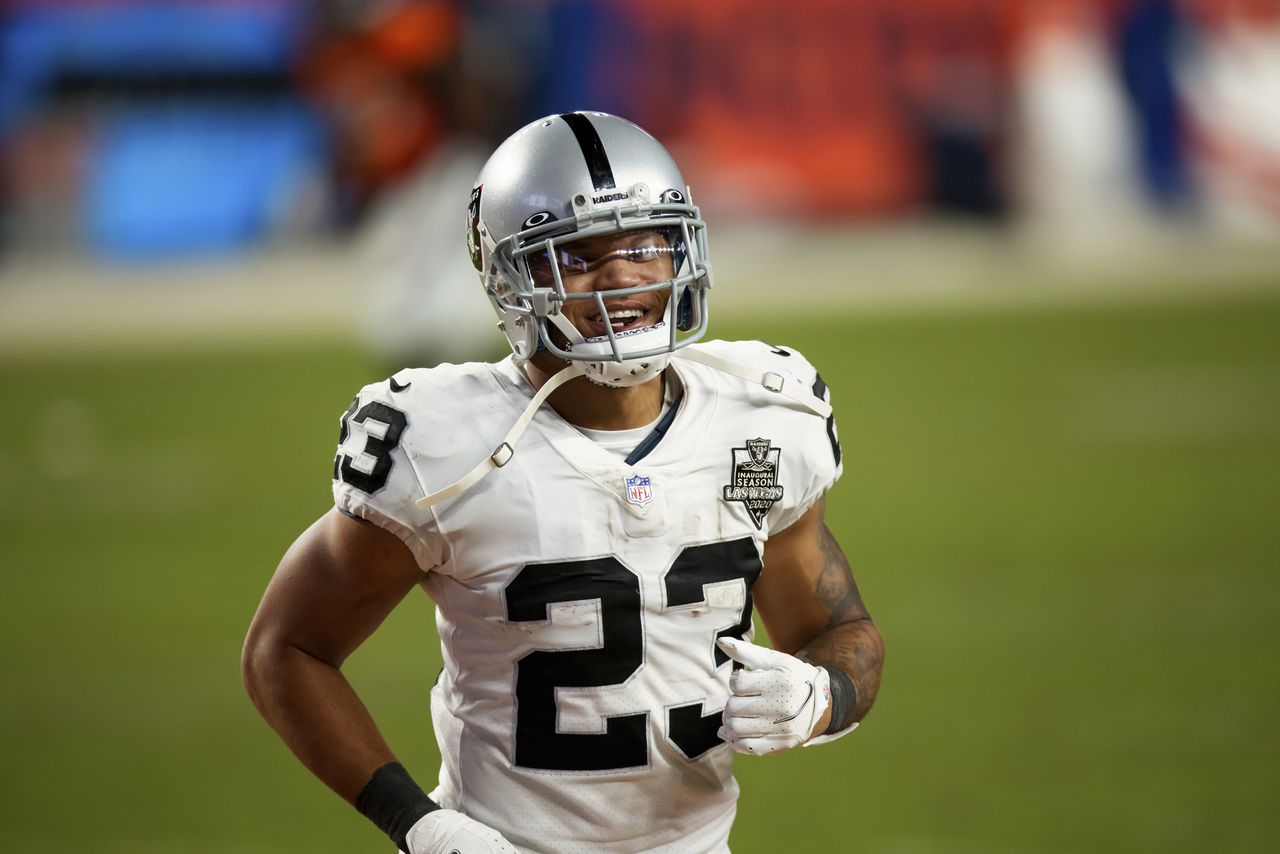 Week 7
Booker totaled 66 scrimmage yards and a rushing TD in the Week 7 win over Carolina. He carried the ball 15 times and caught 2 of his 3 targets as the lead back for the G-Men. He looked good pounding the holes and showed a nice burst through the line on his 19-yard TD run that iced the game.
Booker is on borrowed time as RB Saquon Barkley recovers from a balky ankle, but Booker has been moderately productive in his absence. He’s scored 3 TDs since taking over the starting role. With an extra day to prepare for the Chiefs on Monday night, there’s a chance we see Barkley return to action, but it’s likely to be Week 9 before we see him.
Week 6
Booker total 69 scrimmage yards on 16 touches in the Week 6 loss to the Rams. He toted the ball 12 times, but because the game got out of reach so quickly, the running game was all but abandoned. RB Elijhaa Penny vultured the only TD scored by the G-Men late in the 4th quarter.
Booker has been a serviceable replacement in the Giants offense for RB Saquon Barkley, but there’s nothing flashy to his game. He can provide some help in the passing game and should retain a role when Barkley returns, but there’s not a ton of long-term value here. In the short term, Booker has to deal with one of the stingiest run defenses in the game as Carolina comes to town.
Week 5
Thrust into action by an injury to RB Saquon Barkley, Booker carried 16 times for 42 yards and a garbage-time TD. His presence was limited to battering himself into run defenders until backup QB Mike Glennon started throwing Booker the ball on short patterns. He caught 3 of 4 targets for 16 yards and a TD New York’s running game missed both Barkley and LT Andrew Thomas (foot injury), who did not play.
With Barkley out, Booker is expected to make just his 8th start in 6 NFL seasons. He showed promise as a receiver during his 1st 3 seasons with Denver, when he caught at least 30 passes each year. Multiple WRs also are injured, so it’s likely that Booker could be integrated more fully into the Giants’ passing game. There is no reason to think he could have a big running game.

We could dig further into Booker’s numbers, but there’s really no point. He hasn’t been all that good in the NFL (or fantasy). But the Giants clearly consider him an upgrade over their entire 2020 backup plan for Barkley. So Booker’s in line to get a whole bunch of touches should Barkley go down again. He’ll need that if he’s to find meaningful fantasy value.

Giants RB Devontae Booker is a surprise healthy scratch for today's game vs. the Falcons. Booker had been serving as New York's #2 RB. That job will now fall to rookie Gary Brightwell. Booker's absence can only be good news for RB Saquon Barkley's workload.

Giants RB Corey Clement has outplayed RB Devontae Booker in camp so far, according to insider Zack Rosenblatt. "Booker is still the top backup," Rosenblatt concedes. "But he’s not necessarily performing like it." The Giants gave Booker a 2-year, $5.5 million deal in free agency vs. Clement's 1-year deal worth a little less than a million. So the team was likely banking on Booker winning the backup job behind RB Saquon Barkley. But that contract isn't big enough to guarantee him anything. We'll continue to monitor this situation, but there's no strong handcuff to Barkley right now.

RB Devontae Booker has inked a 2-year, $6 million deal with the Giants, per ESPN's Jeremy Fowler. Booker is coming off a solid season in Vegas that saw him average 4.5 yards per carry and haul in 17 of 21 targets. He's a reliable pass-catcher but is stretched as anything more than a change-of-pace back. That's exactly what he'll be in New York as long as Saquon Barkley makes a successful return from last year's torn ACL.

The Raiders signed RB Devontae Booker. The former Bronco has mustered just 3.8 yards per carry over 4 NFL seasons but has averaged 8.3 yards per catch on 105 grabs. He'll compete for a pass-catching role in Las Vegas. Booker is far from a lock to make the final roster, but his addition is another sign that the Raiders aren't ready to hand RB Josh Jacobs a 3-down, workhorse role. The team has also re-signed RB Jalen Richard and drafted RB Lynn Bowden this offseason.

The Broncos' initial -- "unofficial" -- depth chart lists RB Devontae Booker as the starter, with rookie Royce Freeman 2nd, followed by De'Angelo Henderson, Dave Williams and Phillip Lindsay. That's not a surprising development but at least a reminder that Freeman hasn't taken over the gig yet. Playing time will be interesting to watch as Denver gets into preseason action. We're still betting Freeman will wind up leading the team in carries, but there's certainly value potential on Booker at his RB49 ADP -- as well as the chance he remains the Broncos' lead back.