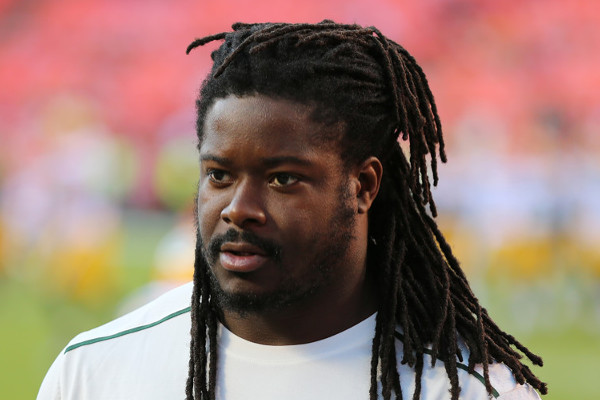 Seahawks RB Eddie Lacy (groin) isn't listed on the final Week 11 injury report after putting in full practices on Friday and Saturday. He'll play against the Falcons on Monday night. Lacy is averaging just 2.7 yards per carry this season and shouldn't be in fantasy lineups. His return also makes RB Thomas Rawls an even shakier play.

Lacy back at practice

Seahawks RB Eddie Lacy (groin) returned to practice on Thursday. HC Pete Carroll, always the optimist, expects Lacy to play against the Falcons on Monday night. He'd likely be in a time-share with RB Thomas Rawls behind a crappy offensive line. It's a situation to avoid in Week 11 fantasy lineups.

Lacy ruled out for Week 10

Seahawks RB Eddie Lacy (groin) is out for Thursday night's game against the Cardinals. He didn't practice all week and has no timetable for return. RB Thomas Rawls will operate as Seattle's lead early-down back and is a volume-based RB2 option. RB C.J. Prosise (ankle) is off the Week 10 injury report but can't be trusted in fantasy lineups yet.

Seahawks RB Eddie Lacy injured his groin in the 1st half of Sunday's game against the Redskins and is doubtful to return. As HC Pete Carroll promised, Lacy was operating as the clear lead back before exiting, carrying 6 times for 20 yards and catching a pass for 14 more. RB Thomas Rawls will take over the rest of the way.

Seahawks HC Pete Carroll said Wednesday that RB Eddie Lacy will lead the team's rushing efforts against Washington Sunday. "Going to see a lot of Eddie this week," he said, according to the Seattle Times. Chris Carson still leads the team in carries for the season with 49, despite hitting IR after the 4th game. “I don’t feel like we have been in a rhythm,” Carroll said. “I think I’ve held them back a little bit by spreading it around quite a bit and trying to figure that out. So as we zero in the second half [of the season], hopefully we are going to make some headway.” Of course, no one besides Carson has given the team reason to believe rhythmic production was coming. We'll see what Lacy can do this week. Volume at least makes him a fantasy option for Week 9.