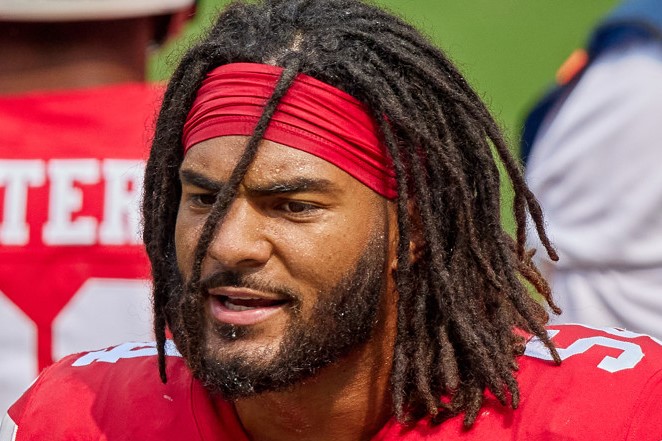 Before Darius Leonard got his Colts extension in August, Warner's July extension with the 49ers marked the richest LB contract ever. Clearly they believe what they saw in 2020.

Pro Football Focus graded Warner tops at the position overall and in coverage. He garnered the highest grades of his 3-year career in every category. That cross-category ability helps make up for a tackle share that has fallen short of the top shelf. (Warner ranked 12th in the league in total tackle share last season.)

Warner finished a somewhat modest 12th in total fantasy points at the position last year, and just 17th in points per game (depending on your format, of course). He certainly runs the risk of sticking in that range and not converting the talent into bigger numbers.

But his collection of ascending abilities also brings the chance that Warner strings together some big plays and delivers the kind of breakthrough scoring that Eric Kendricks was putting up before his late-season calf injury in 2020.

It becomes easier to bet on Warner's talent as we reach a range of less-certain commodities at the position.

Niners LB Fred Warner (stinger) is questionable for Sunday's game against the Cowboys. He made it back to full practice participation Friday, though. We'll check Warner's status Sunday morning when the inactives come out. CB Emmanuel Moseley (hamstring) is questionable for the game as well. Like Warner, though, he progressed from 2 limited practices to a full Friday. Moseley missed the past 2 games but seems to be trending toward a return. Moseley has been a low-level IDP option most of the year.

Niners LB Fred Warner left Sunday's loss to Washington in the 3rd quarter. He passed a concussion check, but HC Kyle Shanahan said after the game that Warner sustained a stinger in the neck-shoulder area. We'll see whether that threatens Warner's Week 15 availability.

The 49ers on Wednesday activated LB Fred Warner from the COVID list. That makes him available to play the opener against the Cardinals, a matchup that allowed him 9 and 12 tackles in last year's 2 meetings. A top-10 LB in our preseason rankings, Warner belongs in your Week 1 IDP lineup. Dre Greenlaw, meanwhile, takes a tumble in our Week 1 LB rankings.

The 49ers have placed LB Fred Warner on the COVID-19 reserve list. It's not yet clear whether Warner has tested positive or merely been exposed to a COVID-positive person. If Warner displays symptoms, his Week 1 availability would be in jeopardy. Other players have come off the list in as little as a day or 2. We'll keep an eye on the star LB's situation as the opener approaches. If Warner misses any games, Dre Greenlaw would likely take on a 3-down role.