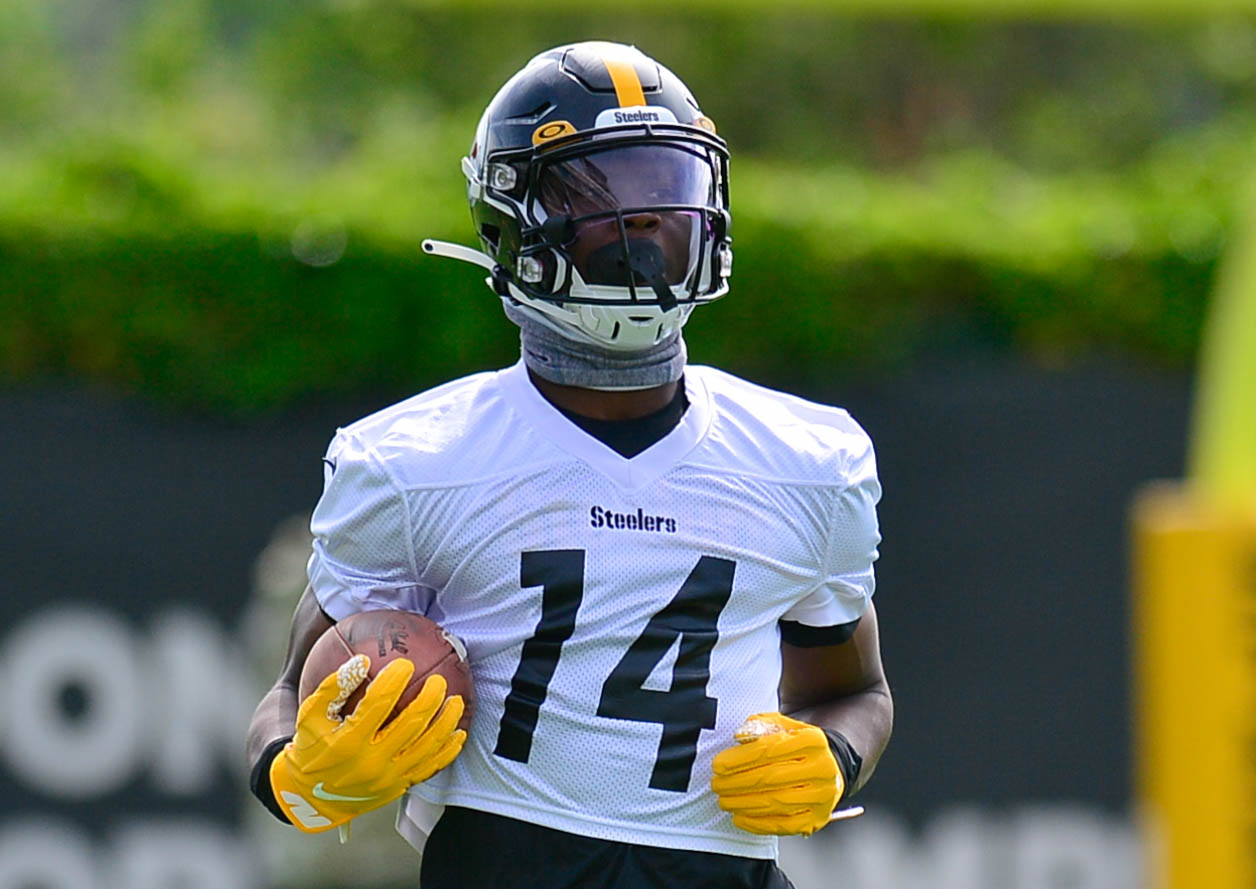 We’ll have to see how quickly Pickens can acclimate to the pro and just how Pittsburgh decides to fill its top 3 WR spots. None among Pickens, Diontae Johnson and Chase Claypool is a natural/experienced slot WR. Pickens’ quick breakout in the SEC, though, and strong draft capital makes him an attractive bet going forward. As long as his ADP doesn’t climb too high, we’re buying.

Steelers WR Diontae Johnson (shoulder) was non-committal on his availability for this weekend's opener vs. the Bengals when asked on Wednesday. "I'm doing everything I can and get back to the guys one day at a time," he said. Johnson banged up his shoulder in the preseason finale and said he could not have returned to that game even if it had been the regular season. We'll track his practice participation over the next few days. Johnson's absence would obviously be a big boost to the target projections on George Pickens, Chase Claypool and Pat Freiermuth.

ESPN's Brooke Pryor says the Steelers are "likely to push the ball down the field more than in recent years." That would obviously be good for the fantasy football upside for everyone in the passing game (except maybe RB Najee Harris), but it would be an especially positive development for rookie WR George Pickens and 3rd-year WR Chase Claypool. Pickens has generated seemingly nonstop buzz in camp, while Claypool has displayed his downfield talent through 2 pro seasons. Both look attractive in reserve territory of fantasy football drafts.

At least some teams reportedly have significant character concerns about Pickens. That adds some fantasy risk, of course. But it also means that he might have been a 1st-round pick based on talent alone. We certainly liked Pickens’ 2019 tape, when the 5-star recruit led Georgia in catches, receiving yards and receiving TDs as a true freshman. His 2021 was wrecked by a March ACL tear, but Pickens was able to return for the final 4 games of last season and should be ready for offseason activities with the Steelers. He has a chance to win the #3 WR job right out of the gate. And note that Diontae Johnson is set to hit free agency in 2023; Chase Claypool in 2024.