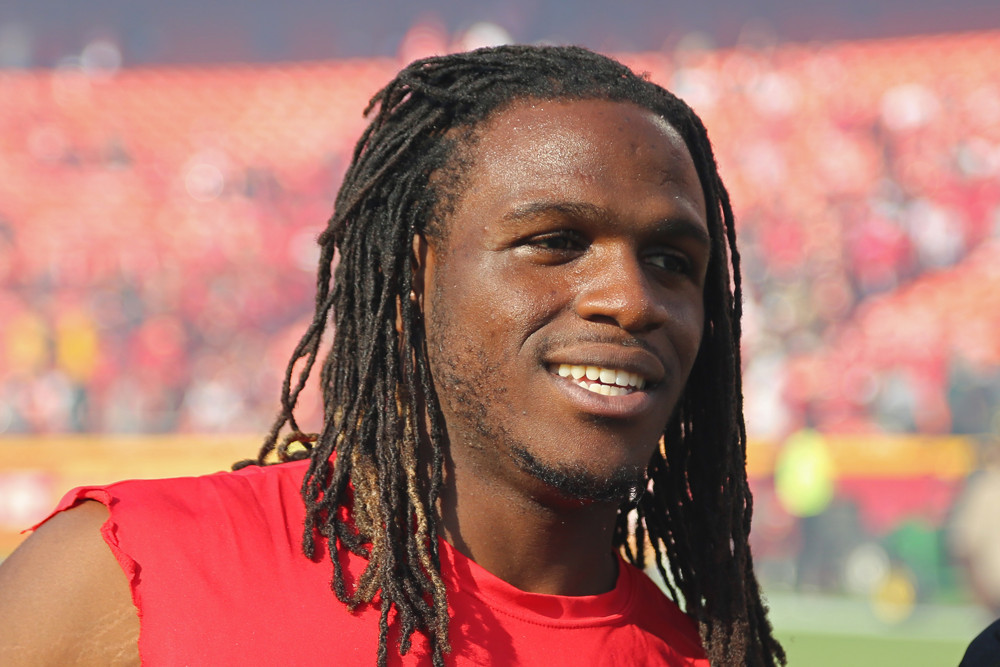 Jaguars RB Carlos Hyde is inactive for today’s game against the Texans. He didn’t have quite enough time to get settled in after the trade to Jacksonville Friday. T.J. Yeldon will serve as the Jags’ lead back, with Jamaal Charles as the #2.

The Jaguars have signed RB Jamaal Charles, ESPN's Adam Schefter reports. Charles is a big name but is unlikely to be a fantasy factor. He's 31 now and has averaged just 4.1 yards per carry over the past 2 seasons. He doesn't figure to see more than a handful of touches behind T.J. Yeldon in the short term.

Broncos RB Devontae Booker practiced on Wednesday for the 1st time since undergoing wrist surgery in late July. It's unclear if he'll play against the Cowboys this weekend. When he does return, he figures to be 3rd on the depth chart behind C.J. Anderson and Jamaal Charles. Booker is worth monitoring but not worth rostering outside of super-deep fantasy leagues.

Broncos RB Jamaal Charles flashed some vintage burst in his preseason debut on Saturday night. He rushed 4 times for 27 yards, including a 12-yard jaunt. Charles also caught 2 balls for 15 yards. All 6 of his touches came with QB Trevor Siemian and the starting offense, as Charles rotated with RB C.J. Anderson. RB De'Angelo Henderson played strictly with the 2nd-team. HC Vance Joseph said after the game that Charles' performance won him a spot on the team's 53-man roster. Frankly, it looks like he'll enter the season with a real role behind Anderson. Who knows how long Charles' body will hold up, but he's now an intriguing flier in the double-digit rounds of fantasy drafts.

Broncos RB Devontae Booker has been diagnosed with a fractured wrist. The injury reportedly occurred during OTAs in June but wasn't discovered until Booker had it looked at when he reported to training camp on Wednesday. Insider Mike Klis hears the injury might cost Booker the "first game or 2 of the regular season." Pro Football Talk has a similar timeline, with Booker out "up to 6-8 weeks." It's a tough break for a guy who seemed to be building momentum and making a push for the starting job. He's now a long shot to make a fantasy impact before October at the earliest. Booker's injury strengthens C.J. Anderson's grip on the lead role and removes 1 hurdle between Jamaal Charles and a return to fantasy relevance.

Jamaal Charles, RB UNS There is no dynasty data for this player.