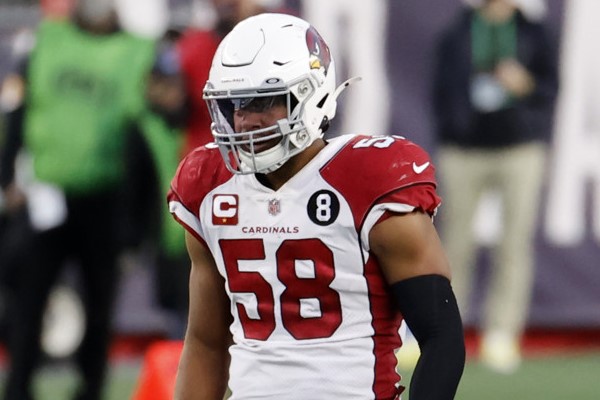 LB Jordan Hicks is expected to sign a 2-year, $10 million deal with the Vikings, according to multiple reports. NFL insider Adam Caplan reports that it has a max value of $12 million and carries $6.5 million in guaranteed money. The Cardinals released Hicks this offseason, but the money from Minnesota points to him landing a starting gig next to Eric Kendricks. Expect LB Anthony Barr -- also a free agent -- to land elsewhere.

ESPN's Adam Schefter reports that the Cardinals are releasing LB Jordan Hicks. The 30-year-old was reportedly on the trade block last summer after Arizona drafted LB Zaven Collins in Round 1, but Hicks remained and spent the whole season as a full-timer. He finished among the top 20 fantasy LBs. Hicks' departure should clear the way for Collins to step in next to Isaiah Simmons -- assuming Collins is ready. His wildly disappointing debut campaign figures to keep Collins' price from climbing too high in 2022 IDP drafts. We'll see whether Hicks lands anywhere.

Cardinals LB Jordan Hicks (toe) is active for today's game against the Texans. He played through a questionable tag last week as well and didn't miss a snap, despite the lopsided win at Cleveland.

Cardinals LB Jordan Hicks is questionable for Sunday's game against the Texans with toe and ankle issues. The toe carried over from last week, when Hicks played through a questionable tag and didn't miss a snap against Cleveland. He similarly sat out practice Wednesday and Thursday before putting in a limited Friday workout.