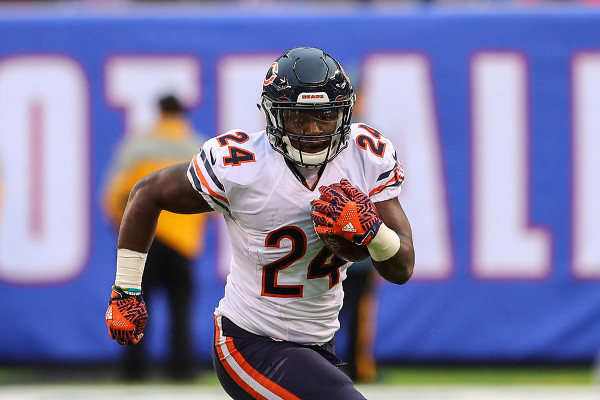 The Eagles released RB Jordan Howard. The 26-year-old has been a major disappointment since running for over 1,100 yards in each of his first 2 NFL seasons. Still, the move is a bit surprising since Philadelphia already cut ties with RB Kerryon Johnson. This leaves Miles Sanders, Boston Scott and Kenneth Gainwell as the only RBs on the roster. Sanders should dominate carries in this backfield, with Scott and Gainwell likely stealing passing-down work.

Howard back with Eagles

The Eagles re-signed RB Jordan Howard to a 1-year deal. Howard hooked up with the Eagles last November after being dumped by the Dolphins but carried just 7 times in 2 appearances. He's a good bet to make the team with how the Eagles' backfield currently sits. But he'd need a Miles Sanders injury to sniff fantasy value.

Eagles RB Jordan Howard has been elevated from the practice squad to the active roster. It looks like he'll play against the Packers on Sunday. Howard isn't a fantasy option, but we're hoping he doesn't vulture goal-line work from RB Miles Sanders.

The Eagles have promoted RB Jordan Howard to the active roster. Any carries the Eagles take from Miles Sanders to give to Howard will be a loss. We're not expecting it to be many. Howard can be left on fantasy waiver wires.

The Eagles have signed RB Jordan Howard to their practice squad. Howard flamed out quickly in Miami and is a long shot for any fantasy value in Philadelphia. You can continue to ignore him.