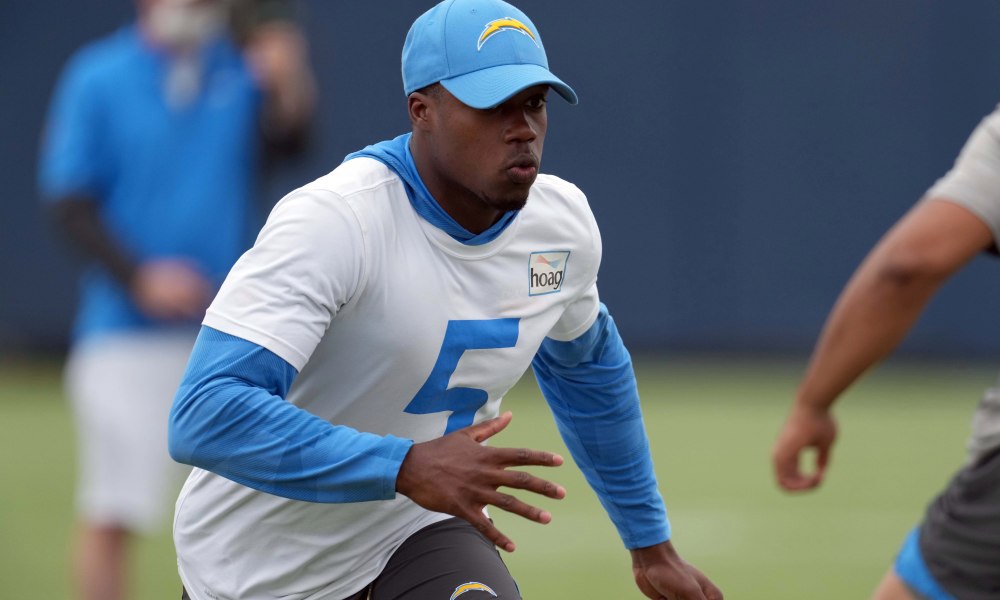 Per Gilbert Manzano of the Los Angeles Daily News, Bolts WR Josh Palmer has “proved” he’s “destined to be a top playmaker for [Justin] Herbert in 2022.” We’d call that phrasing a bit aggressive. Still, Palmer came out of the draft as a winner, as L.A. opted against adding a WR. Following a 33-353-4 line as a rookie, the 22-year-old is an enticing late-round flier in deep formats.

Palmer the favorite for #3 WR job

The Athletic's Daniel Popper believes rookie Josh Palmer has a "stranglehold" on the Chargers' #3 WR job. "The Chargers found a smart and savvy pro-ready player in Palmer," Popper writes. "Jalen Guyton and Tyron Johnson provide more speed than Palmer. But I expect Palmer to see more playing time based on his production this summer." The 3rd-round rookie had a nice debut in the preseason opener, catching 6 balls for 36 yards on just 17 snaps. We'll continue to monitor this situation, but Palmer is worth a look at the tail end of fantasy drafts.

The Chargers nabbed Tennessee WR Josh Palmer with the 77th pick of the 2021 NFL Draft. The 6’1, 210-pounder clocked a decent 4.51-second 40 time at his Pro Day but disappointed with a 34-inch vertical. That was a surprise because Palmer shows plenty of contested-catch ability on tape. He also has some of the stickiest hands in this year’s WR class, with only 4 drops on 164 career targets (2.4% drop rate). Palmer never reached even 500 receiving yards in any of his 4 college seasons, though. And even as a senior last year, he accounted for a modest 23% of Tennessee’s receiving yardage. Palmer will compete with Tyron Johnson and Jalen Guyton for snaps behind Keenan Allen and Mike Williams this year. Williams is set to become a free agent next offseason, though, so there could be opportunity for Palmer.