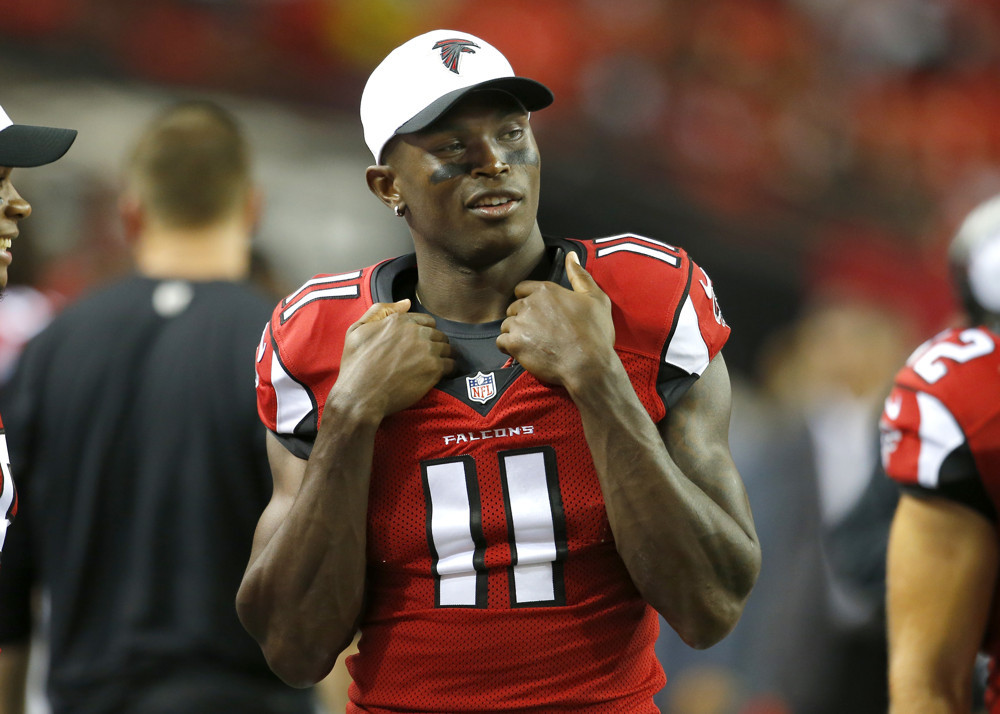 Week 14
Jones caught 4 of his team-high 6 targets for 33 yards. This was an impressive showing considering this was his first game in over a month.

With A.J. Brown still on IR, Jones should be the beneficiary of some sizable option in the near future. He can be a useful piece who still has a sizable upside. In games where Tennessee will actually have to throw, like this week against Pittsburgh, he could be a monster.

Week 9
The most important stat of the night for Jones was that he played 43/58 snaps (76%) after missing the previous game with a hamstring injury. Julio appeared to be moving well throughout the game and didn’t appear to be hampered by any hamstring issues against the Rams. Jones finished 2nd on the team in targets, catches, and yards. He ended the night with 4 catches (on 4 targets) for 35 yards.

Jones’ opportunities should grow following the loss of Derrick Henry to injury and with Jones seemingly healthy again. We have Julio as our WR35 this week against New Orleans. The Saints’ defense has surrendered more than 540 yards and 5 TDs to opposing WRs over the last 2 weeks so there will be opportunities for big plays down the field. The next three games on the schedule for the Titans are NO, HOU, and @NE. He is our WR44 the rest of the way.
Week 6
Jones had an incredible 48-yard pickup on a diving catch that hit off a Bills defender’s helmet in the 2nd quarter. The bad news: Jones had to leave the game in the 4th quarter due to a hamstring injury. He was unable to return, and we’ll see how long this keeps him out moving forward. Jones finished second on the team in targets, receptions, and yards against the Bills. He finished with 3 catches (on 5 targets) for 59 yards. This offense goes through Derrick Henry, but Julio Jones continues to show that he still has some juice and is a threat on the outside in this offense (when healthy).
It is currently unclear if Jones will miss time with the hamstring he re-injured against Buffalo. Julio has already had to sit out 2 games this season and with him having hamstring issues again, he may be forced to miss more. This was his second most productive game of the season, so hopefully he can find the chemistry with Tannehill once he is able to get back on the field. The next three games on the schedule for the Titans are KC, @IND, and @LAR. We have Jones ranked WR47 for the rest of the season.
Week 3
Sunday was weird for Jones. He played just 50% of the offensive snaps and wound up tied with Nick Westbrook-Ikhine and Geoff Swaim for the team target lead at just 4. Jones caught 3 for 47 yards.

Afterward, HC Mike Vrabel wouldn’t say what limited Jones’ playing time. It has since emerged that he’s getting treatment for a leg injury. The Titans don’t yet know if he or A.J. Brown will be available for Week 4.

We’ll have to wait to learn more on this situation before judging Jones for Week 4 and beyond. If he makes it back and finds Brown out, Jones should be in for a nice target share.
Week 2
Jones turned back the clock in week 2, dominating the Seahawks secondary for a 6-128 line. Julio’s day could have been even bigger if his TD wasn’t called back. The great news for Julio owners is he looked to find his connection with QB Ryan Tannehill as his 8 targets only trailed A.J. Brown on the week. This, along with his usage of running a route on nearly 90% of Tannehill’s drop-backs, should keep him fantasy viable.
This week Julio is immediately back on the WR2 radar as he will go up against a Colts secondary that has allowed the 6th most PPR fantasy points to WR so far in 2021.
Week 1
Jones was underwhelming in his Titans debut. He caught 3 of his 6 targets for 29 yards. He was tied for 2nd on the team in targets with Chester Rogers. It's clearly early, but the connection between him and QB Ryan Tannehill has not found its stride yet. Going forward, things should improve immensely, as we don't believe Jones' tank is empty. Look for a rebound this week at Seattle.

You know about Jones’ injury issues. And those aren’t likely to go away now that he’s 32.

But Jones has also remained dominant when on the field, performing as a top-5 WR in terms of efficiency and fantasy production over the past 2 seasons.

The concern in Tennessee is volume. The Titans ranked 3rd-to-last in both pass rate and pass attempts last season. We’re expecting them to throw it more in 2021 -- but not nearly as much as Jones’ old team did. And with A.J. Brown on the other side of the field, Jones won’t dominate targets.

It leaves him as a lower-end WR2 -- albeit one with a lofty weekly ceiling.

Titans WR Julio Jones has been activated from the COVID list. He should be back for Sunday's game vs. the Texans, which Tennessee needs to win to lock up the AFC's #1 seed. Jones, of course, can't be trusted in fantasy lineups. He's topped 59 yards just once all season.

The Titans have placed WR Julio Jones and WR Nick Westbrook-Ikhine on the COVID list. We'll see whether either guy can make it back for Sunday's game against the Dolphins, but neither should be in your Week 17 fantasy football plans. Tennessee also placed EDGE Bud Dupree on the list Monday. We'll see whether any more Titans get added through the week.

After leaving Sunday's game against the Steelers with a hamstring and then missing practice Monday and Tuesday, Titans WR Julio Jones put in a full workout Wednesday and heads into Thursday's game with no injury status. He certainly doesn't make for a comfy play after the way his previous appearance unfolded, but Jones will at least be available for fantasy football lineups.

Jones out with hamstring injury

Titans WR Julio Jones is out for the rest of Sunday's game vs. the Steelers with a hamstring injury. Jones, of course, has battled hamstring trouble all year. He finishes this one catch-less on 1 target.

Titans WR Julio Jones (hamstring) is officially active for today’s game vs. the Jaguars. He’s certainly not the safest fantasy play in his first action since Week 9. But Jones also brings exciting upside with a chance to hog targets in today’s plus matchup.