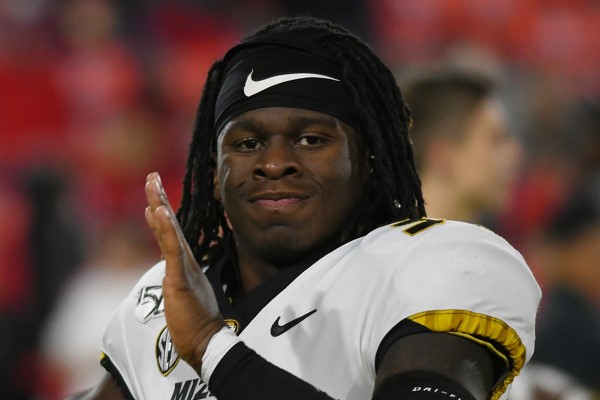 Chargers RB Austin Ekeler ran for 122 yards and 2 TDs in Sunday's win over the Rams. Ekeler carried just 10 times for the game, adding 4 catches for 39 yards. The team also mixed in RB Joshua Kelley for 9 carries and RB Larry Rountree for 10. Rountree's use came in the 2nd half, perhaps motivated by a knee issue that limited Ekeler to start the practice week. The Chargers finish the regular season at Denver. Ekeler went for limited yardage -- 83 total on 14 carries and 16 targets -- in the 1st meeting. That came back in Week 6, though, against a much different Broncos defense.

The Chargers announced Wednesday that they have signed RB Sony Michel. Cut this week by the Dolphins, Michel now has a chance to quickly work his way to the #2 role in a Chargers backfield that has looked bad behind Austin Ekeler. The Chargers released RB Larry Rountree in a corresponding move, leaving Michel, Joshua Kelley and Isaiah Spiller behind Ekeler.

NFL Network's Ian Rapoport reports that free-agent RB Sony Michel is visiting the Chargers today. That points to L.A. being unsatisfied with the RB depth chart behind Austin Ekeler. Rookie Isaiah Spiller has so far failed to separate from Joshua Kelley and Larry Rountree, neither of whom made significant impacts in last year's backfield. We'll watch for what happens here, but take it as another signal to not bother with Spiller in current redraft.

The Athletic's Daniel Popper believes RB Joshua Kelley has "taken the lead" in the battle for the #2 RB job after the preseason opener. Kelley started that game, finishing with 3 carries for 16 yards and 3 catches for 28 yards. "Kelley looks like a really confident player," Popper writes. "He was decisive and explosive in the run game, hitting holes with a north-south mentality." RB Larry Rountree rotated in with the starters, while RB Isaiah Spiller didn't hit the field until the 2nd quarter. We're still expecting Spiller to eventually emerge as the #2 RB, but that might not happen before the start of the season.

Chargers RB Isaiah Spiller has been the only RB other than Austin Ekeler taking 1st-team reps, according to NFL Network's Taylor Bisciotti. That's a pretty good signal that he's the favorite to emerge as the Chargers' #2 RB. And it doesn't hurt that former #2 Justin Jackson signed with the Lions on Monday. Spiller looks like a solid handcuff-level pick.

Update: Bisciotti later tweeted that RBs Joshua Kelley and Larry Rountree also got 1st-team reps in Monday's practice. "They’re splitting reps and it’s an open competition," Bisciotta tweeted. "RB2 is up for grabs." We still consider Spiller the favorite to win this job.

Larry Rountree, RB LAC There is no dynasty data for this player.