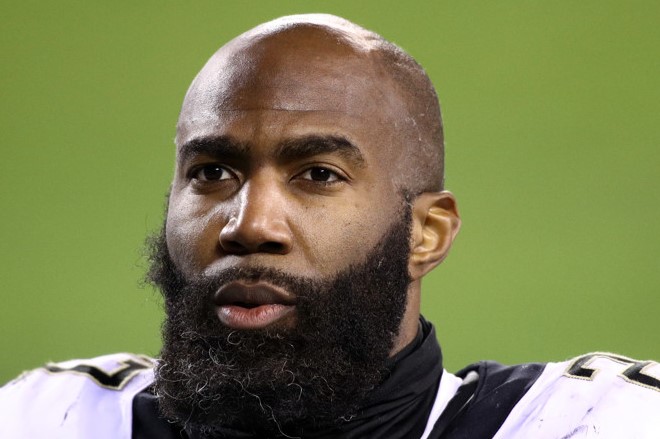 Jenkins figures to be busy against a Patriots pass offense with 2 TEs heavily involved.

Early-season struggles in coverage on TEs seemed like they might threaten his playing time as the season wore on, but Jenkins never lost time. He finished the year with his worst Pro Football Focus coverage grade since 2012 and 2nd straight season of decline in that area. Should that trend continue, it still might threaten to remove Jenkins from the field.

Until he actually starts to lose snaps, though, coverage struggles could help Jenkins' fantasy scoring. The more generous he proves to be in coverage, the more likely opponents will be to test him.

Whatever the specifics, Jenkins just matched his 3rd-best fantasy scoring average in his age-33 season through a team switch. He's not an exciting IDP option, but he makes sense at some point in DB2 range.

Jenkins goes back to Saints

The Saints have agreed to a 4-year, $32 million deal with S Malcolm Jenkins. The 32-year-old began his career in New Orleans as a 1st-round CB back in 2009 before moving to safety. He spent the past 6 years with the Eagles after leaving in free agency and helped turn Philly into a perennially tough matchup for TEs. Back with the Saints, Jenkins might be stepping in for S Vonn Bell, who hit free agency this week. New Orleans is certainly paying starter money to Jenkins, who figures to land in DB2 territory in our 2020 IDP rankings.

As expected, Eagles S Malcolm Jenkins is active today against the Dolphins despite suffering a concussion last week against the Cowboys. He admitted to playing through the injury in that game but had entered this weekend "probable." Use him as you normally would in your IDP lineup.

Eagles S Malcolm Jenkins missed practice Wednesday and is in the league concussion protocol. The team is apparently optimistic for his chances to play against Miami on Sunday, though. "It's not a big deal," HC Chip Kelly said Wednesday, according to the Philadelphia Inquirer. "I think he should be back [Thursday], so we're not concerned about that." Jenkins' availability would be good for IDP owners and the Eagles' team D.

The Eagles have signed former Saints S Malcolm Jenkins to a reported 3-year, $16.25 million deal.  That clearly positions the 26-year-old as an immediate starter -- and likely the team's best safety since it let Brian Dawkins walk in free agency 5 years ago.  Jenkins lost 5 games to injury over his past 2 seasons and has yet to play a full 16 in his 5-year career.  He posted a top 5 scoring average among fantasy DBs in 2012, though, and has displayed cross-category ability.  He could work his way into a sleeper spot in our 2014 IDP rankings.  Philadelphia also released S Patrick Chung on Tuesday, just a year after signing him in free agency.

Saints S Malcolm Jenkins (knee) is questionable for Sunday night after missing practice all week.  He indicated Thursday that he'll test out the knee before the game Sunday, but we're not willing to wait for that.  Sit Jenkins and find another DB for your IDP squad.