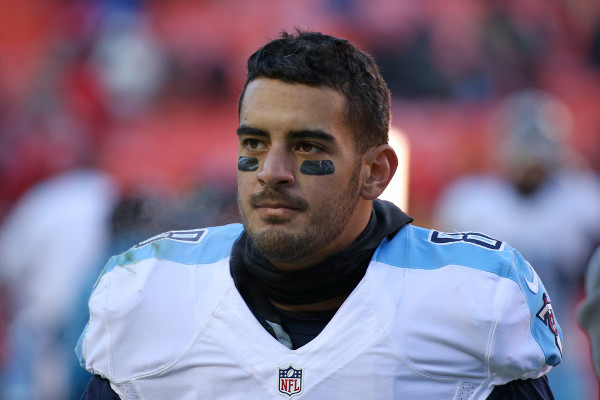 Falcons HC Arthur Smith confirmed on Monday that rookie QB Desmond Ridder will take over as the starter going forward. He called the decision to bench QB Marcus Mariota "performance based," but added that Mariota is likely heading to IR with a knee injury. Mariota can be dropped from all redraft rosters. Ridder is unlikely to climb beyond QB2 status in Atlanta's run-heavy offense.

NFL Network's Ian Rapoport reports that the Falcons will start QB Desmond Ridder in Week 15, after this week's bye. The 3rd-round rookie has yet to play a snap this year, with veteran QB Marcus Mariota piloting Atlanta to its current 5-8 record. The Falcons rank a decent 15th in scoring but just 28th in total yards. It's likely a 4-game trial for Ridder to help the franchise know whether it needs to prioritize QB early in Round 1 of the 2023 NFL Draft. It's tough to bet on strong fantasy stats from Ridder in his 1st NFL action. But he was an efficient college passer (87 TDs, 28 INTs) and effective runner (2,180 yards, 28 TDs rushing career). Ridder should be claimed where available in 2-QB and superflex leagues.

Mariota the starter for "foreseeable future"

NFL Network's Ian Rapoport hears that Marcus Mariota will remain the Falcons' starting QB for the "foreseeable future." Atlanta still has a shot to make the playoffs, and it sounds like Mariota will remain under center until that's no longer the case. A source does tell Rapoport that the Falcons "love the development" they've seen from QB Desmond Ridder. There's still a good chance we see the rookie in the final game or 2 of the season.

Anyone with Falcons TE Kyle Pitts on their fantasy teams knows just how disappointing a 2nd season he's been having. QB Marcus Mariota says he carries some of the blame. "Well, first and foremost, I can do a better job of giving Kyle more opportunities with the ball," Mariota said Wednesday, according to NFL.com. "I think sometimes I've been a little too safe, a little too conservative where I'm putting the football, so giving him a chance to go get it. I think that'll help some of his target numbers." That acknowledgement could portend some extra opportunities for Pitts on Thursday night against a Panthers defense that Football Outsiders rates 28th in pass-defense DVOA. Mariota delivered 9.0 yards per pass attempt and a 71.4% completion rate in the Week 8 meeting with Carolina. See where Pitts sits in our Week 10 fantasy football rankings.

Falcons TE Kyle Pitts caught 2 of 7 targets for 27 yards in Week 9. And…we’re back to reality. After a huge Week 8, Pitts posted fewer than 5 PPR points for the 5th time this season. He dropped 1 pass, but the poor output wasn’t all his fault. He shook free for what could have been a 72-yard TD, only to get overthrown by Marcus Mariota. He was slightly overthrown on an end zone target later in the game, too. He’ll look to rebound against the Panthers in Week 10. Pitts posted 80 yards and a score against Carolina in Week 8.