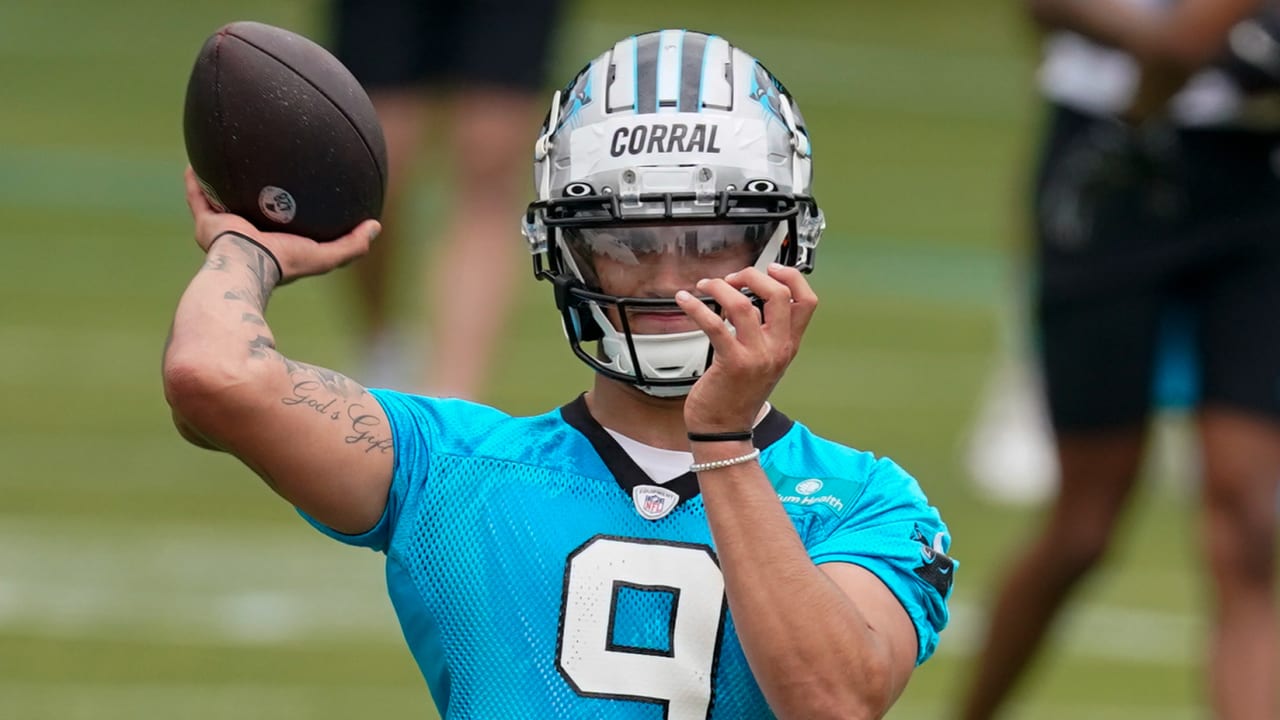 Corral landed in a great spot for opportunity. If the Panthers don’t finalize a Baker Mayfield trade, then it’s not hard to envision Corral finding his way to the lineup as soon as this season. He’s better viewed as a long-term possibility. Corral’s mobility helps his fantasy outlook regardless of format, but he looks more like a good who will add some yardage than a player who will thrive on the ground. Think Daniel Jones or early-career Aaron Rodgers

Panthers rookie QB Matt Corral left in the 4th quarter of Friday night's preseason game against the Patriots with a left foot injury. It's not yet clear how significant the issue is, though Corral reportedly left the stadium with a walking boot on the foot. The rookie doesn't appear likely to start games this season anyway.

Panthers OC Ben McAdoo said Tuesday that rookie QB Matt Corral is "slowly and quietly improving," according to Darin Gantt of the team website. "He has a unique skill set," the coach added. "He has some juice to him, personality wise." The trade for QB Baker Mayfield likely killed any shot Corral might have had at starting early in his rookie year. And this sounds like a coach offering measured optimism. Corral still makes for an interesting dynasty stash, with neither Mayfield nor Sam Darnold signed beyond this season.

Corral has work to do

Speaking at minicamp, Panthers HC Matt Rhule indicated that QB Matt Corral isn’t close to earning the starting job. “He has a good spirit, a good demeanor about him when he walks in the building. And I think he understands there’s no timetable for him,” Rhule said Tuesday. “I think he has that sense of urgency when he works. I respect the way he works. But he has a lot to learn. A lot to learn.” None of this should be shocking — it’s June, and Corral’s a Round 3 rookie. Still, with Sam Darnold running with the starters and Carolina reportedly very interested in Baker Mayfield, Corral’s path to year 1 snaps looks rough. He’s a dynasty-only stash for now.