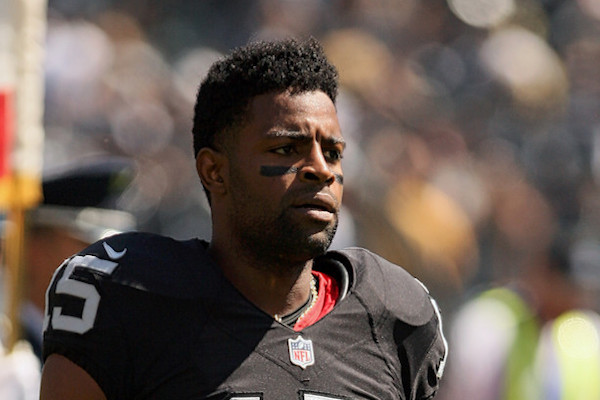 The Cardinals have released WR Michael Crabtree, according to ESPN's Field Yates. Crabtree was a healthy scratch for Week 1 and played just 31 snaps over the past 2 games. Rookie KeeSean Johnson operated as Arizona's #4 WR in Week 3, behind Christian Kirk, Larry Fitzgerald and Damiere Byrd.

The Cardinals have signed WR Michael Crabtree. The veteran worked out for Arizona in early August and was reportedly close to signing before the deal fell apart. But it's official now. Perhaps the Cardinals got a little more desperate with WR Hakeem Butler expected to miss the season and Week 1 just a couple of weeks away. Christian Kirk and Larry Fitzgerald are seemingly locked in as Arizona's top 2 WRs. Rookie KeeSean Johnson is the favorite for #3 duties, but it's a fluid situation. Crabtree's spot on the depth chart will be worth monitoring.

Crabtree not a Cardinal after all

Contrary to Monday's ProFootballTalk report, the Cardinals and WR Michael Crabtree have not agreed to terms. Adam Schefter and Ian Rapoport both report that the 2 sides could not agree on a contract after the veteran wideout worked out for Arizona. We'll see if the Cardinals proceed with adding anyone to an already-crowded WR corps.

ProFootballTalk reports that the Cardinals have signed WR Michael Crabtree after working out multiple receivers. The move seems to indicate Arizona isn't satisfied with its existing WR group. We'll see whether the former Raven can climb into the top 3 at the position. He'll have to work past the rookie trio of Andy Isabella, Hakeem Butler and KeeSean Johnson.

The Ravens have released WR Michael Crabtree. He lasted just 1 season in Baltimore, tallying a 54-607-3 line in 16 games. Crabtree struggled for production (along with the rest of the Ravens pass-catchers) after QB Lamar Jackson took over. But he also averaged just 52.4 yards per game with QB Joe Flacco. The 31-year-old Crabtree can still help a team as a short-range target but shouldn't be the focal point of a passing game. We'll see where he lands. The Ravens, meanwhile, now sport Willie Snead and Chris Moore atop the WR depth chart. They'll be addressing the position in free agency and/or the draft.

Michael Crabtree, WR UNS There is no dynasty data for this player.