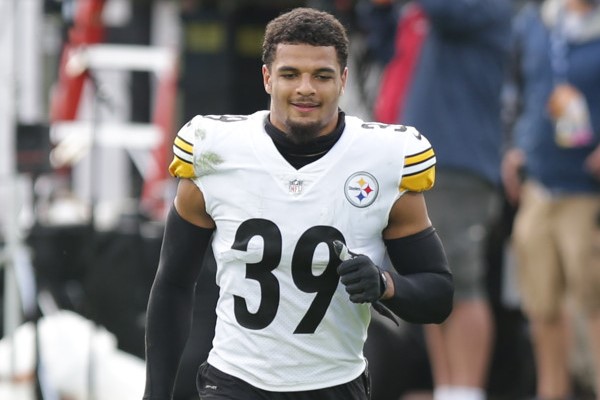 Steelers S Minkah Fitzpatrick has tested positive for COVID, putting his Week 11 status in doubt. The specifics of his case aren't yet clear for us to know whether he has a chance to make it back for next Sunday night's visit to the Chargers. If Fitzpatrick isn't vaccinated, he'll need to sit out for at least 10 days.

The Dolphins traded DB Minkah Fitzpatrick to the Steelers on Monday for a 2020 first-round pick, according to multiple reports. Fitzpatrick complained openly about the new Miami coaching staff playing him out of position at SS. He'll join a Pittsburgh secondary with a 2018 first-round pick, Terrell Edmunds, starting at that spot. We'll see exactly what the Steelers have planned for Fitzpatrick, who boasts uncommon versatility. Perhaps Fitzpatrick's departure will get veteran S Reshad Jones back to full playing time. Jones missed Week 2 with an ankle injury.

The Dolphins spent the 11th overall pick of the NFL Draft on Alabama DB Minkah Fitzpatrick. The versatile defender was announced as a safety but saw snaps there, at CB and in LB roles in college. He seems likely to settle in next to Reshad Jones at safety in Miami, but we'll see what the plan is.