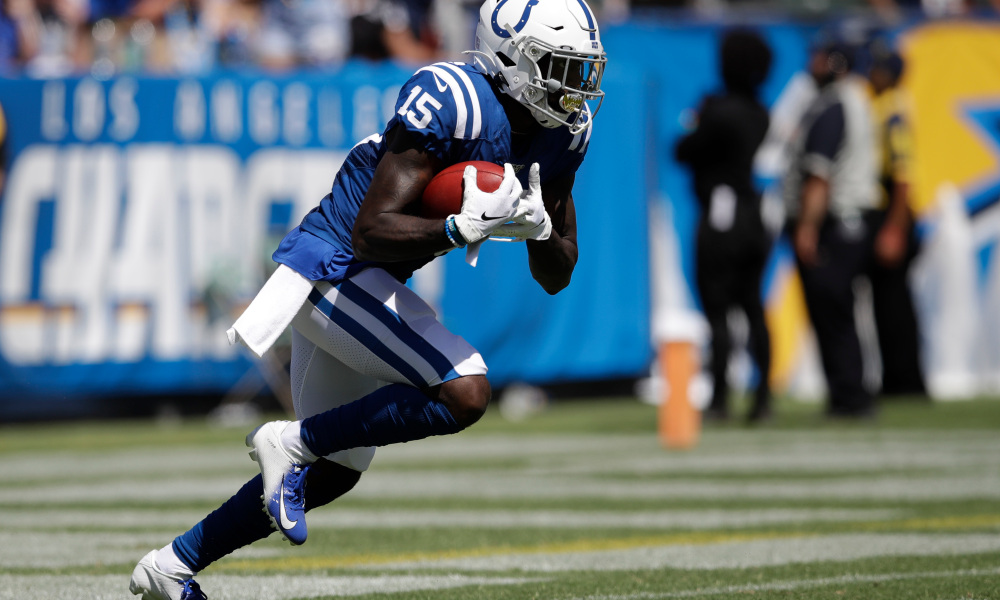 The Colts on Saturday activated WR Parris Campbell from IR. He had been there since Oct. 19 after suffering a foot injury in the Week 6 win over Houston. HC Frank Reich reportedly said the coaching staff will decide whether to play Campbell in the regular-season finale against Jacksonville. We wouldn't bet on a big role if Campbell does get into that game. We'll see about his role for the playoffs (assuming the Colts get there).

Colts WR Parris Campbell had surgery on his injured foot, he announced via Twitter. NFL Network's Ian Rapoport says it "potentially" ends Campbell's season. We'll see if he's able to make it back, but he's not worth stashing in any redraft leagues.

Colts HC Frank Reich told reporters Monday that WR Parris Campbell's foot injury is "significant" and that "he is going to miss some time," according to Stephen Holder of The Athletic. The coach reportedly didn't give any more specifics, but that's enough to knock Campbell out of fantasy consideration in the few leagues where he still mattered. Campbell has drawn just 17 targets over 5 games so far this season.

Colts WR Parris Campbell suffered a foot injury in the 1st half of Sunday's game vs. the Texans and is questionable to return. He caught a 51-yard TD before exiting. We'll update Campbell's status when we know more.

Campbell back for Week 3

Colts WR Parris Campbell (abdomen) practiced all week and isn’t listed on the final injury report. He’ll return as Indy’s #3 WR for Sunday’s game vs. the Titans but isn’t a viable fantasy play.