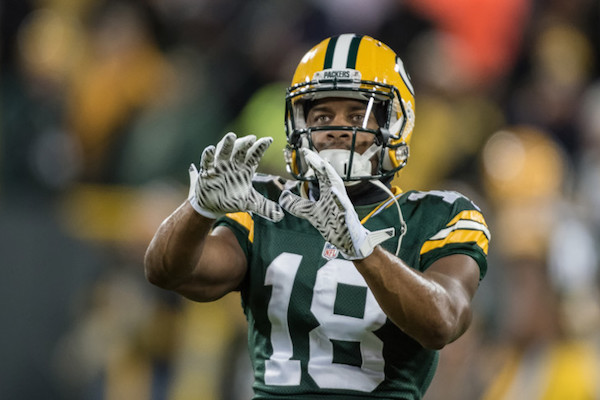 He could see more volume in 2021 with Houston sporting 1 of the weakest WR groups in the NFL. But this figures to be a bad passing game if Deshaun Watson isn’t under center.

Cobb is an unexciting late-round target unless it looks like he’ll have Watson this season.

WR Randall Cobb tweeted that he's been traded to the Packers, and NFL Network's Ian Rapoport confirms that the deal will be done once Green Bay gains cap space to make room. Cobb spent his first 8 seasons with QB Aaron Rodgers and the Packers, finishing as a top 30 fantasy WR 3 times (2012, 2014 and 2015). He posted a 55-828-3 line and WR42 PPR finish with the Cowboys in 2019. Then in Houston last year, Cobb tallied 38 catches, 441 yards and 3 scores in 10 games. He finished 60th in PPR points per game. But Cobb ranked a respectable 26th in yards per target, 52nd in yards per route run and 50th in Pro Football Focus receiving grade among 99 WRs with 40+ targets. Rodgers clearly had a big say in this move -- and we'd expect him to make sure Cobb is the starting slot receiver this season. That'll leave Marquez Valdes-Scantling, Allen Lazard and rookie Amari Rodgers fighting for the last spot in 3-WR sets. In Houston, meanwhile, Cobb's departure frees up the starting slot job. Consider newly acquired WR Anthony Miller the favorite to win that.

NFL Network’s Tom Pelissero reports that the Packers are working on a deal for Texans WR Randall Cobb. That follows multiple reports of Aaron Rodgers asking Green Bay to bring back the veteran receiver. We’ll wait for an official move before adjusting our projections. But taking some late shots on Cobb is current PPR best-ball drafting wouldn’t be a terrible idea. His arrival would hurt the outlooks for Amari Rodgers and Allen Lazard most.

Texans WR Randall Cobb (foot) admits there's a "strong chance" that he doesn't play again this season. He remains in a walking boot and is reportedly considering surgery. Look for Keke Coutee to operate as Houston's slot receiver the rest of the way.

Texans WRs Randall Cobb (toe) and Kenny Stills (quad) are out for Thursday's game against the Lions. That elevates WR Keke Coutee to #3 on the depth chart and makes him an intriguing DFS flier on the 3-game Thanksgiving slate. TE Jordan Akins could also see a volume boost.

Update: Cobb has been placed on IR, so he'll miss at least 2 more games beyond Thanksgiving.