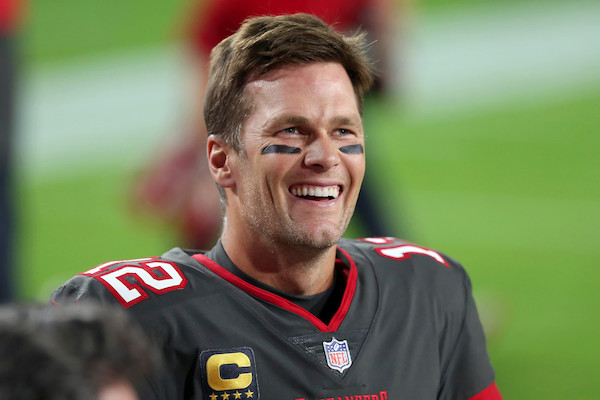 Bruce Arians announced Wednesday that he's stepping down as Bucs HC and moving into a consulting role in the front office. He finishes his tenure as Bucs HC with a 31-18 record and a Super Bowl. DC Todd Bowles has been promoted to HC with a new 5-year contract. It'll be his 2nd go-around as a HC after struggling to a 24-40 record with the Jets from 2015-2018. OC Byron Leftwich will remain in the same position this season. And, with QB Tom Brady back, we're not worried about Arians' departure impacting the offense.

Tom Brady isn't ready to retire after all. He tweeted Sunday evening: "These past two months I’ve realized my place is still on the field and not in the stands. That time will come. But it’s not now. I love my teammates, and I love my supportive family. They make it all possible. I’m coming back for my 23rd season in Tampa. Unfinished business LFG." Brady's decision removes what had been a huge question about who will QB the Buccaneers. He'll return to an offense that will still have WRs Mike Evans and Chris Godwin. We'll see now about TE Rob Gronkowski's decision -- though we'd bet, at the moment, that he'll also return to the Bucs.

Arians: No new team for Brady

Buccaneers HC Bruce Arians said Tuesday in a couple of ways that we shouldn't expect to see QB Tom Brady play for another team in 2022. When asked about the possibility of Brady changing his mind on retirement and asking to be traded, Arians said, "That ain't happening. That's not Tom Brady." But would the Bucs trade him if Brady did make such a request? "Nope. Bad business," Arians said, adding that it would take "Five No. 1's" to acquire the QB. For now, we're assuming Brady sticks to his retirement and not taking him in early best-ball drafts.

Two days after pushing back against reports of his retirement, Buccaneers QB Tom Brady announced Tuesday morning that he is calling it a career. He leaves with NFL records including most career TD passes (624), most career passing yards (84,520) and most career completions, passing yards and TD passes in the playoffs. He led the NFL in completions, pass attempts, passing yards and passing TDs this past season, racking up his highest single-season yardage total (5,316) in the NFL's 1st 17-game season. Brady's retirement leaves 2021 second-round pick Kyle Trask as the only QB under contract for Tampa Bay, so we'd expect a move or 2 at the position this offseason. Blaine Gabbert served as Brady's backup the past 2 years but is headed for free agency in March. The Bucs are set to pick 27th in Round 1 of the NFL Draft. We wouldn't be surprised to see a retirement announcement from Brady buddy TE Rob Gronkowski in the coming weeks as well. For now, we'd avoid Gronk in 2022 best-ball drafts.

QB Tom Brady is retiring, according to ESPN's Adam Schefter and Jeff Darlington. Brady's camp has denied the report, and the Bucs say they haven't been informed of Brady's decision. But Schefter wouldn't miss on a story like this -- and NFL Network's Ian Rapoport also confirms that Brady plans to retire. It ends the greatest career in NFL history. Brady won 7 Super Bowls and 3 MVPs across 22 seasons, setting records for career wins, passing yards and passing TDs. The 44-year-old continued to play at a high level this past year, throwing for 5,316 yards and 43 TDs. But he's hanging up the cleats due to health and family reasons, per Schefter. Brady's absence leaves the Bucs with only 2021 2nd-rounder Kyle Trask on the roster at QB.