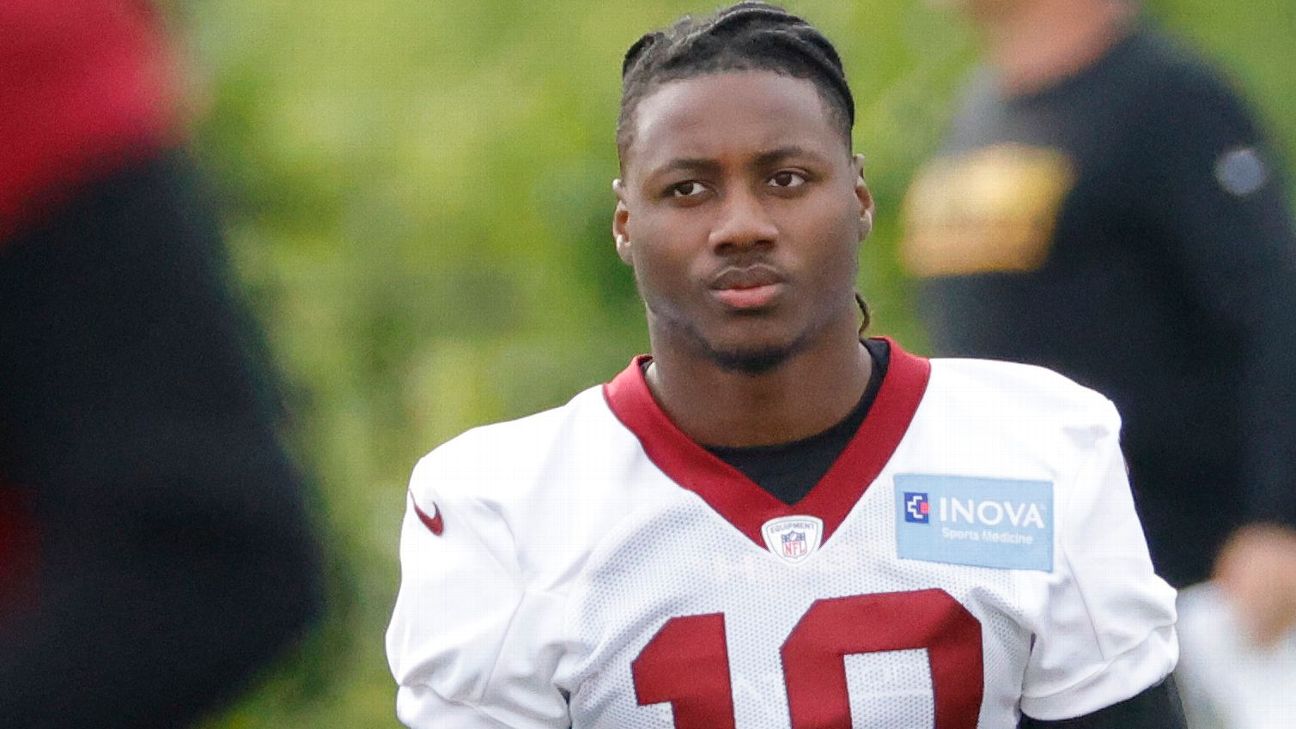 Washington WR Curtis Samuel (groin) has been placed on IR. So he'll miss at least the first 3 games of the season with this groin injury that's lingered since spring OTAs. Samuel isn't a must-hold in fantasy leagues without an IR spot. His absence should move rookie WR Dyami Brown into the starting lineup, although Washington might rotate him with WR Cam Sims. Adam Humphries will be the slot receiver.

Washington WR Curtis Samuel (groin) did not practice on Thursday. He's looking like a long shot for this weekend's game vs. the Chargers. Look for rookie WR Dyami Brown to join WR Terry McLaurin on the outside, with WR Adam Humphries in the slot.

Washington WR Curtis Samuel (groin) tried to get loose for practice on Wednesday but ended up working off to the side with a trainer. Here's video of him clearly still struggling with the groin issue that's plagued him since OTAs. HC Ron Rivera told reporters afterward that Samuel admitted "something just didn't feel right." On Samuel's status for Sunday's opener vs. the Chargers, Rivera said, "If Curtis plays, great, and if he doesn't, great, because we have a lot of confidence in the other guys." Samuel shouldn't be in your Week 1 fantasy plans. His absence on Sunday would likely move rookie Dyami Brown into the starting lineup opposite Terry McLaurin, with Adam Humphries in the slot.

Washington WR Curtis Samuel remained limited in Monday's practice, according to insider Ben Standig. HC Ron Rivera said it's Samuel's conditioning -- not his previously injured groin -- that's the issue at this point. "Maybe, who knows. We'll see," Samuel said when asked if he'll play against the Chargers this weekend. We'll track his status this week, but Samuel shouldn't be in your Week 1 fantasy plans.

Washington HC Ron Rivera is "very confident" that WR Curtis Samuel (groin) will be able to play in next weekend's opener vs. the Chargers. He's missed the majority of the offseason and remained limited in Thursday's practice. But Rivera expects Samuel to participate in team drills starting Monday. We'll continue to track his progress, but Samuel will be a risky Week 1 fantasy play.