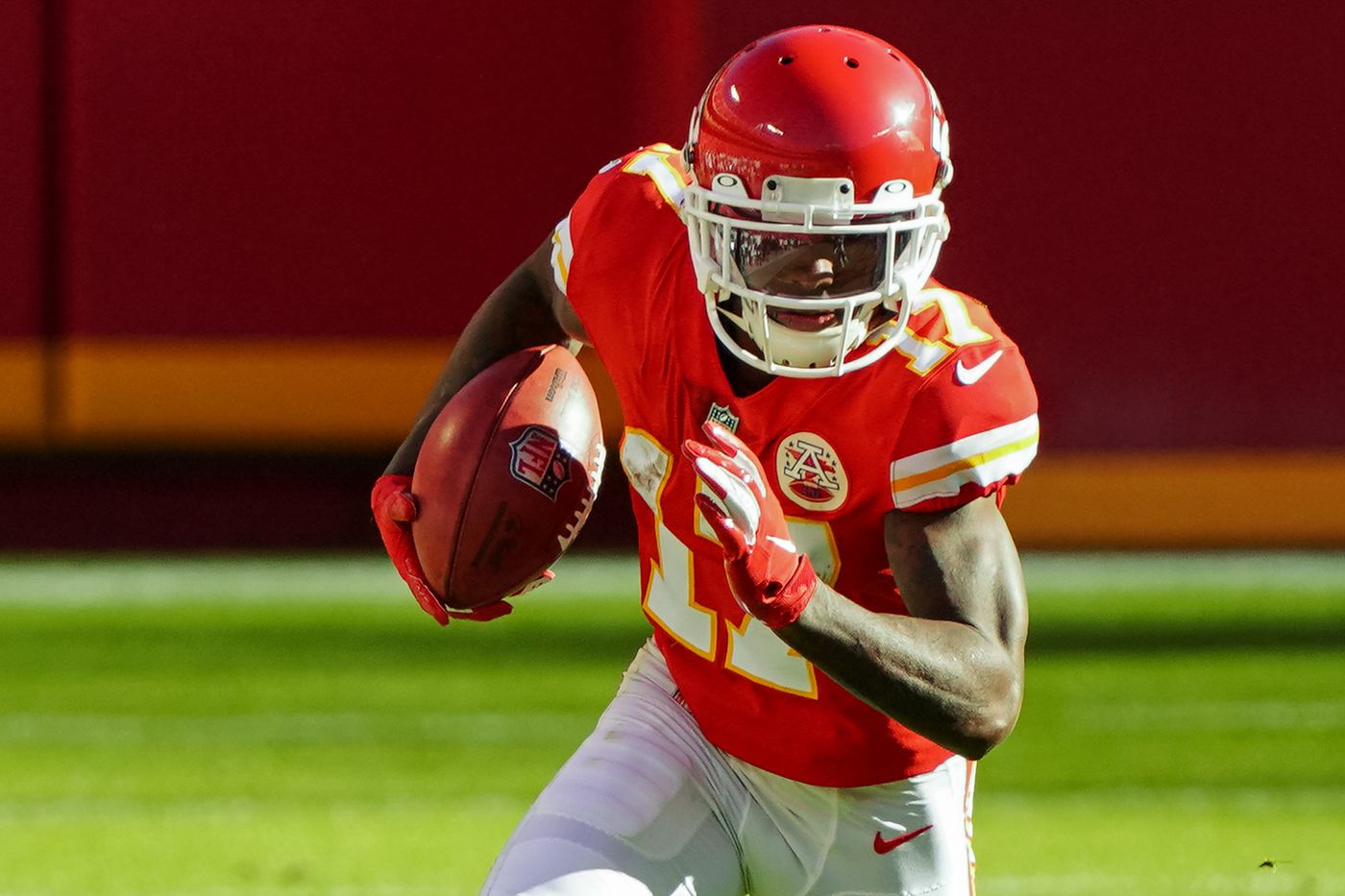 Chiefs WR Mecole Hardman started Friday night's preseason finally with Tyreek Hill in a 2-WR package. He would go on to play 9 of Patrick Mahomes' 15 snaps, according to Pro Football Focus, vs. 14 for Hill and 11 for Demarcus Robinson. Byron Pringle was the only other WR to see 1st-team work, but he played just 1 snap. We'll take that level of involvement for Hardman. It would be nice to have him as the clear 2nd wideout ahead of Robinson, but even splitting that role while clearly working among the top 3 should present enough playing time to help Hardman approach his high weekly fantasy ceiling. He's a risk-reward pick in the middle rounds of your fantasy football draft. Robinson is well worth a look near the end of drafts. Pringle looks like he'll need an injury ahead of him to make him relevant.

Chiefs WR Mecole Hardman finished with a 4-39-1 line in Friday night's preseason game vs. the Cardinals. But 2 of those catches and the TD came from QB Chad Henne. Hardman caught just 2 of 6 targets from QB Patrick Mahomes. Hardman played 29 of 32 snaps (91%) with Mahomes -- but note that Tyreek Hill was out. We know the Chiefs view Hardman as a Hill handcuff. But it remains unclear just how much playing time he’ll get alongside Hill. Hardman played only in 3-WR sets in the 1st preseason game.

Chiefs WR Mecole Hardman has "continued his ascension" early in training camp after a strong spring, The Athletic's Nate Taylor writes. "Known for his rare speed, Hardman has produced more consistent repetitions while polishing his route-running ability in the middle of the field," Taylor adds. "Hardman has run routes from each of the Chiefs’ main three receiver positions ... The first three practices have featured Hardman executing shorter routes, the types where he has to be precise in both his release and his cuts to give [QB Patrick] Mahomes a clear throwing window." Mahomes, meanwhile, has praised Hardman's improved maturity and comfort in the offense. This sure sounds like a guy ready to take a big step forward in year 3. Hardman is an upside pick at his 10th- or 11th-round price tag.

Hardman in, Watkins out for Week 11

Chiefs WR Mecole Hardman has been activated from the COVID list and will play against the Raiders on Sunday night. WR Sammy Watkins (hamstring, calf) has been ruled out for that one. Hardman and DeMarcus Robinson will continue to operate as the #2 and #3 WRs for Kansas City.

Chiefs WR Mecole Hardman has been placed on the COVID list. It's fortunate timing with the team on bye. We'll see if Hardman is cleared in time for Week 11.