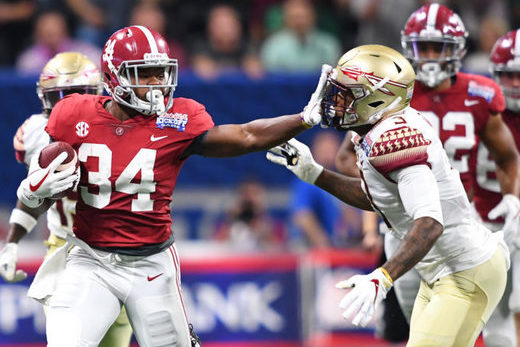 
Harris didn’t run the 3-cone drill or short shuttle at the Combine or Alabama’s pro day.

Given that he earned a scholarship from Alabama, it should be no shock that Harris tore it up in high school. He finished 2014 as Kentucky’s Gatorade player of the year, a USA Today All-American and the nation’s top recruit at his position.

Harris, of course, then arrived to a loaded 2015 Alabama backfield that was about to send Derrick Henry (Round 2) and Kenyan Drake (Round 3) into the NFL Draft. The true freshman still ranked 3rd behind that duo in RB carries for the Crimson Tide.

With Henry and Drake out of the way, Harris then led each of the next 3 Tide teams in RB carries. QB Jalen Hurts outpaced him in rushing volume in 2016 and 2017, but Harris remained ahead of Bo Scarbrough and Josh Jacobs in usage and rushing production. Harris ceded the 2016 TD lead to Scarbrough, who racked up 57.9% of the team’s RB ground scores for the season.

Harris then led the 2017 Tide in both rushing and total TDs before watching Jacobs take over both mantels in 2018. Along the way, Harris ranked 7th among FBS backs with 7.4 yards per rush in 2017 and finally earned 2nd-team All-SEC honors as a senior.

His 6.4 career yards per carry beat the higher-rated Jacobs’ average by 0.5.

I’m not going to waste too much time here.

Why? Because it doesn’t take long to get it with Harris.

There’s nothing flashy about the guy who will be the 2nd Alabama RB off the NFL Draft board later this month. But he’s fine at everything he needs to do.

Need a guy to run between the tackles? Harris will be fine. At 216 pounds, he’s slightly above average for the position. And his 4.57-second 40 time (right around average) delivers a right-around-average Speed Score (99.0). That puts him ahead of classmates such as David Montgomery, Myles Gaskin and Devin Singletary (especially Singletary).

Harris managed runs of more than 70 yards in each of his final 3 Alabama seasons. And he’s capable of doing this, even when the intended hole is plugged …

But Pro Football Focus ranked him just 36th in the class in breakaway percentage. That’s fine. It’s just not exciting. And that’s the way I’d explain his tape.

You want your back to catch the ball? Harris is fine at it. You want him to pick up blitzers? He’s OK.

You wanna watch a bunch more clips of someone looking just fine at the position? Sorry, I’m moving on.

Actually, Harris’ top athletic comps according to the Mockdraftable database should get me more excited: Kareem Hunt (a 92% match) and Kenneth Dixon (89.3%).

Before his terrible off-field behavior got in the way, Hunt obviously got off to a tremendous NFL start -- which followed a highly productive career as Toledo’s workhorse. Dixon has done little other than disappoint in the pros so far, but I loved him coming out of Louisiana Tech.

Dixon, however, hit the draft as a stellar receiving prospect -- and also didn’t come off the board until Round 4.

Perhaps Harris could have shown similar things to this 2 in college given more opportunities in a smaller program. But that didn’t happen.

We don’t need to nitpick Harris vs., say, Miles Sanders right now. NFL teams do. We can just wait to see if either guy lands in Oakland or Tampa Bay or Buffalo on Day 2 or Day 3. That’s what will affect their fantasy outlooks at this point more than any particulars of their college tape: opportunity.

In the right spot, Harris could be just fine. 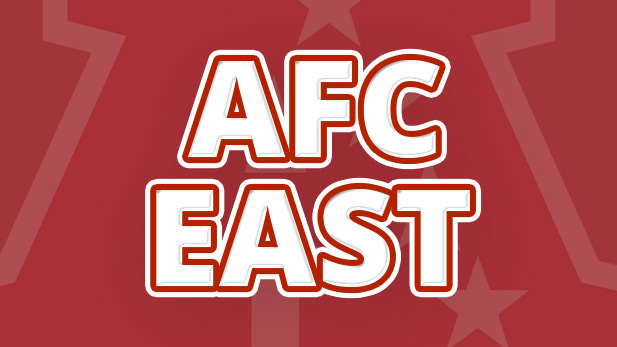 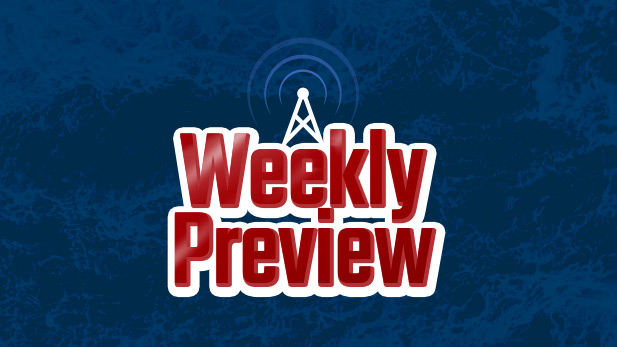