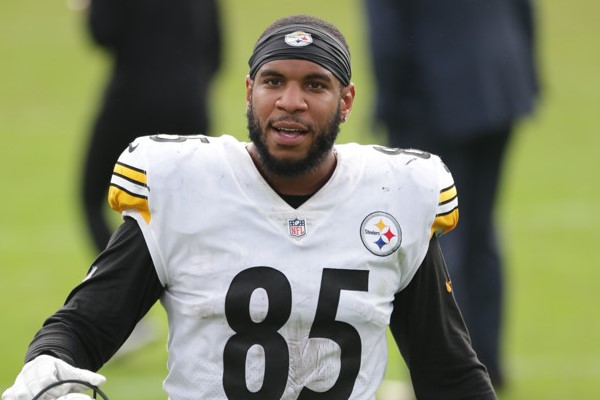 The Steelers on Saturday placed TE Eric Ebron on IR. He's dealing with a knee injury that's been reported as potentially season-ending, so this isn't a surprising move. It does officially knock him out for at least the next 3 games, though. Pittsburgh also elevated WR Anthony Miller from the practice squad ahead of Sunday's game against the Bengals. We'll see whether Miller can claim a significant role.

Eric Ebron out for Week 12

Steelers TE Eric Ebron (knee) is out for Sunday’s game vs. the Bengals. He’s expected to miss “extended time” with this injury. Ebron’s absence should mean a playing-time boost for TE Pat Freiermuth.

Steelers TE Eric Ebron is expected to need knee surgery and miss "extended time," ESPN's Jeremy Fowler reports. Ebron is getting a 2nd opinion on the injured knee before going under the knife. His absence would be excellent news for TE Pat Freiermuth, who posted 68% and 73% routes rates in his last 2 games without Ebron.

Steelers TE Eric Ebron injured his knee in the 4th quarter of Sunday night's loss to the Chargers. We'll see about the severity. TE Pat Freiermuth saw a bump in playing time when Ebron missed Weeks 8 and 9.