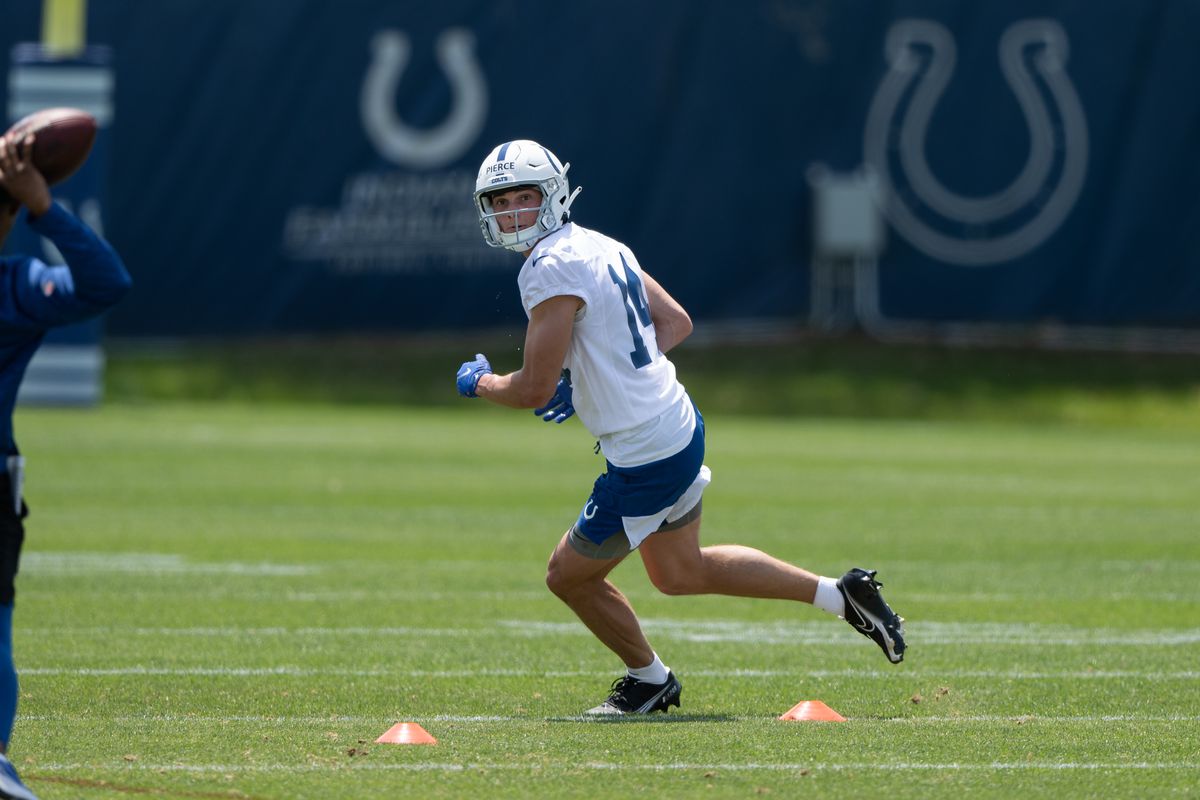 Pierce landed in a fine spot for immediate playing time. The Colts offense just doesn’t have the pass volume to support him as anything more than a late best-ball pick.

Colts QB Matt Ryan threw for a season-high 356 yards and 2 TDs in Sunday's loss to the Titans. He spread the ball around. TE Mo Alie-Cox, WR Alec Pierce and WR Michael Pittman tied for the target lead with 6 apiece. Alie-Cox caught all of his for 85 yards and both TDs. Pierce caught 4 balls for 80 yards. Pittman was limited to 3 catches for 31 yards. TE Kyle Granson and WR Parris Campbell also hauled in 4 receptions apiece. Challenging matchups with Denver and Jacksonville lie ahead the next 2 weeks.

Colts WR Michael Pittman returned from his 1-game quad injury to draw a team-high 9 targets in Sunday's win over the Chiefs. He turned that into team highs in receptions (8) and receiving yards (72) but watched TE Jelani Woods claim both of the team's TDs. Although operating as the clear top target through his 2 games, Pittman has stopped short of truly dominating in that area, claiming 25.3% of QB Matt Ryan's total attempts in those contests. That level will work for supporting his fantasy production going forward but doesn't match the biggest target hogs around the league. Alec Pierce checked in 2nd among Colts wideouts Sunday with 5 targets in his return from a concussion.

Colts WR Alec Pierce (concussion) put in a full week of practice and isn’t listed on the final injury report. He’ll play vs. the Chiefs this weekend but isn’t a viable fantasy starter at this point.

Colts WR Alec Pierce (concussion) was a full participant in Wednesday's practice. He's on track to return for this weekend's game vs. the Chiefs but isn't a viable fantasy play at this stage.

Pierce out for Week 2

Colts WR Alec Pierce (concussion) is out for Sunday's game vs. the Jaguars. The rookie made some progress through the protocol this week and has a good chance to be cleared for Week 3. Look for WR Ashton Dulin to pick up most of Pierce's snaps against Jacksonville.

Pierce’s production at Cincinnati was just OK. But the 6’3, 211-pounder tested as a 98th percentile athlete at the Combine. And the tape is intriguing: contested-catch dominance and obvious juice to win downfield. The Colts evidently liked what they saw, making Pierce a 2nd-round pick and the 12th WR off the board. He finds plenty of opportunity in Indianapolis, where there’s little on the depth chart behind Michael Pittman.