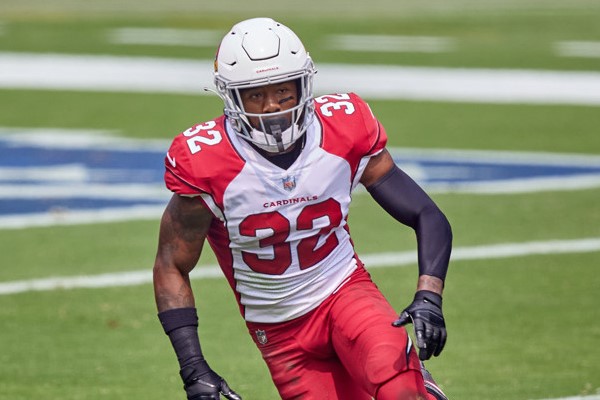 Baker doesn't sit low in our rankings, but he likely checks in lower than where he'll go among DBs in your draft.

The main issue here is a lack of big plays. It took Baker until his 4th season -- and 3rd as a full starter -- to snag his 1st INT. There's plenty of luck in that category, but Baker sits tied for just 36th among safeties in passes defensed over that span.

If you play in a tackle-heavy format, then he becomes a much stronger target, the kind of player who can give you a nice weekly floor.

Cardinals S Budda Baker (neck) is active for today's game against the Rams. Use him as planned in IDP lineups.

Cardinals S Budda Baker (neck) is questionable for Sunday's game against the Rams. Baker sustained the injury in Thursday's practice and then was not seen during the open portion of Friday's workout. HC Kliff Kingsbury told reporters that Baker is "a little sore" but that the team is "hopeful that he will be able to go." We'll see about his status Sunday afternoon. With a 4:25 p.m. ET kickoff, though, we might not know before the early games begin.

Cardinals S Budda Baker is active for today's game against the Bills. He likely features some re-injury risk with the groin issue that rendered him questionable and allowed just 1 limited practice this week. But go ahead and play Baker in your IDP lineup if you were waiting for him.

Cardinals S Budda Baker is questionable for Sunday's game against the Bills. He missed practice Wednesday and Thursday but returned for a limited workout Friday. DC Vance Joseph said earlier in the week that he expects Baker to play. We'll check the safety's status Sunday. Chris Banjo stands as a potential replacement if you're looking to wait on Baker for your IDP lineup.

Baker hurt but expected to play

Cardinals S Budda Baker missed practice Wednesday and Thursday with a groin injury. DC Vance Joseph, however, said Thursday that he still expects Baker to play Sunday against the Bills, according to Kevin Zimmerman of ArizonaSports.com. We'll see about Baker's Friday participation and game status. Chris Banjo is listed as his backup and would have tackle upside if Baker can't go.