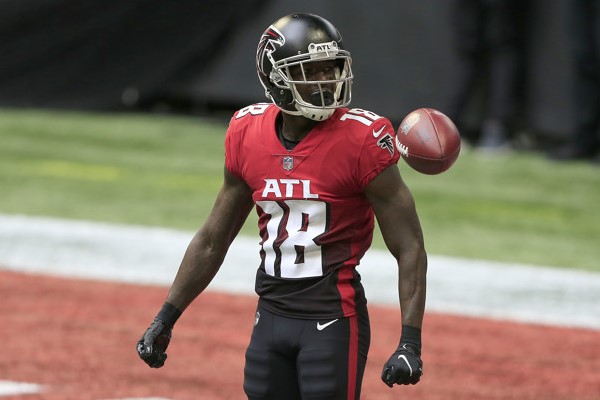 Jags WR Christian Kirk snagged 7 balls for 52 yards and 1 score in the Divisional Round loss to Kansas City. He tied a season-high (and matched last week’s number) with 14 targets. He nearly cracked 100 yards in this one, but a well-thrown deep ball from Trevor Lawrence bounced off Kirk’s hands. The former Cardinal exited the regular season with 84-1,108-8 on 133 targets, enough to make him WR11 in PPR. He’ll enter year 2 in Jacksonville alongside newly acquired WR Calvin Ridley. We’ll see where their ADPs shake out in early drafting.

The Falcons are trading WR Calvin Ridley to the Jaguars in exchange for what NFL Network's Ian Rapoport calls a "complex draft compensation that can be worth at maximum a 2023 5th rounder and a 2024 2nd rounder." We'll pass along further details on the return when we have them. Ridley, of course, is suspended for at least the rest of the 2022 season for gambling on NFL games. He'll be able to apply for reinstatement in February. Assuming that gets granted, he'll join Jacksonville as a 28-year-old with a 1,374-yard 2020 season under his belt. It's a risky move for the Jaguars, but one that could pay off big time. Ridley and Christian Kirk have the potential to be a strong duo for QB Trevor Lawrence, who's had an up-and-down start to his NFL career.

Update: Per Rapoport, the 2024 draft pick starts as a 4th-rounder. It becomes a 3rd if Ridley hits a play-time milestone and a 2nd if Ridley agrees to a long-term deal with Jacksonville.

Ridley suspended for AT LEAST a year

The NFL has suspended Falcons WR Calvin Ridley for at least the 2022 season for gambling on NFL games while he was away from the team last year, according to multiple reports. The league says Ridley placed bets during a 5-day window in November. He will not be allowed to apply for reinstatement until February 2023. Atlanta now has a large hole to fill at wideout without the benefit of whatever the team might have gotten back in a potential Ridley trade. With Russell Gage headed for free agency, the Falcons' passing game has significant questions to answer.

Scott Bair of the Falcons’ official site writes that “there isn’t a lot to go on at this point” regarding a possible Calvin Ridley trade. Ridley’s last game came in Week 7. Then he missed the remainder of the season for mental health reasons, and no substantial updates have surfaced since. Bair surmises that a Round 2 pick would be “fair” compensation — and it seems reasonable. Ridley, 27, is slated to enter a contract year in the fall. Teammate Russell Gage is set to enter free agency next month, so it's quite possible this Atlanta WR corps undergoes major change.

No timetable for Ridley's return

Falcons WR Calvin Ridley is eligible to come off the non-football injury list this week, but HC Arthur Smith had no update on his status on Monday. We'll continue to monitor the situation, but fantasy owners shouldn't be planning on having Ridley in Week 12 lineups.

Because of a gambling-related suspension, Ridley hasn’t suited up since Week 7, 2021. Atlanta shipped him to Jacksonville in the fall, supplying Trevor Lawrence with another weapon. While there’s not a massive target ceiling there, Ridley’s time with the Falcons showed that he can be an efficient, TD-scoring asset. Note that he turns 29 next December.