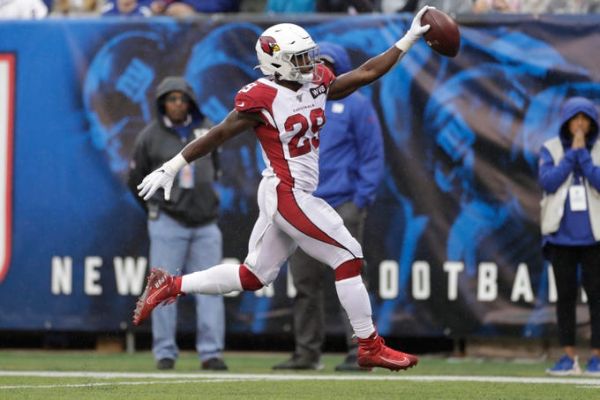 Edmonds has 3 TDs over the past 2 weeks…despite only 14 touches. He’s the clear #2 back in Miami for now, making him a risky FLEX option.

Edmonds will look to bounce back from an injury-filled 2021. He missed a career-high 5 games with a variety of ailments.

Back healthy, Edmonds’ most bankable role with the Fins figures to be as a pass catcher. He’s simply a better receiving talent than Raheem Mostert and Sony Michel.

That duo brings legit early-down competition, but each comes with flaws. Mostert’s missed 24 games over the past 2 seasons. Michel lingered on the free agent market until after the draft.

So there’s upside to Edmonds’ projected role. For now, though, we’re penciling him in for ~12 touches per game. That makes him an intriguing RB3/FLEX.

Mostert works ahead of Edmonds in quiet backfield

After trailing teammate Chase Edmonds in playing time and opportunities in the opener, RB Raheem Mostert took the lead position in Sunday's win over the Ravens. He carried 11 times (for 51 yards, 4.6 per carry) to Edmonds' 5 and matched his 3 targets, catching then all for 28 yards. Edmonds contributed 33 yards on the ground (6.6 per rush) and caught 1 pass for 8 yards. The 2 saw nearly identical playing time, so expect the variable workloads to continue.

Edmonds works well ahead of Mostert

Dolphins RB Chase Edmonds (groin) is not listed on the final Week 1 injury report. He was limited on Wednesday but put in full practices on Thursday and Friday. Edmonds is a borderline RB2 in PPR leagues in Sunday's matchup with a Patriots defense that struggled against RBs in the passing game last year.

The Dolphins upgraded RB Chase Edmonds (groin) to full practice participation Thursday. That suggests he should be ready to go without limits Sunday. We'll continue to watch for confirmation on that. We have Edmonds low in RB2 range in our Week 1 fantasy football rankings.

Arizona let Edmonds walk in free agency for less money than it gave James Conner to stick around. Edmonds lands in Miami, however, with a coach (Mike McDaniel) who should know plenty about exploiting his RBs' talents. Raheem Mostert and Sony Michel look like the biggest competition for backfield touches.