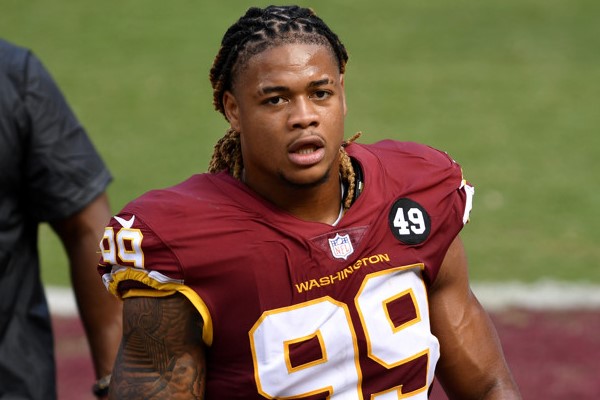 Young looked the part in flashes as a rookie, but he left plenty of room for improvement. According to Pro Football Focus, the #2 overall pick ranked just 63rd in pass-rush win rate among 120 EDGE players who saw 130+ pass-rushing opportunities. Young tied for 34th among all EDGE players in total pressures, though, and rated 22nd in pass-rushing grade -- improving in that area over the season's 2nd half. That's especially noteworthy, because Young dealt with a pair of lower-body injuries early last season.

A hip-flexor issue from training camp lingered into the regular season, and then Young sustained a groin injury in Week 3. Young left that contest early but missed just 1 more game. He went the next 3 outings without a QB hit, however, and failed to register 1 in 5 of 6 games following the groin injury. Young then racked up 8 QB hits and 4 sacks over his final 6 regular-season contests.

Barring another training-camp setback on the health front this year, we're betting on the talent in Year 2. Young has the upside to challenge for the top spot among fantasy D-linemen. It doesn't hurt that he resides in a loaded defense.

Washington DE Chase Young (groin) is active for today's game against the Rams. It's tough to know just how close he is to full health, but Young carries plenty of upside to make him an IDP option whenever healthy.

Washington expects DE Chase Young to play today against the Rams, according to NFL Network's Tom Pelissero. Young missed Week 4 with a groin injury and enters today questionable. He got in a full Friday practice, though, and should be available for IDP lineups. We'll confirm his status when inactives are released.

Washington DE Chase Young (groin) is questionable for Sunday's game against the Rams. Young managed a full practice Friday for the 1st time since suffering the injury. That followed a limited Thursday workout after he sat out Wednesday. Young seems to be trending toward playing Sunday, but we'll check his status Sunday morning. He'd obviously carry risk even if active but would also present fantasy upside. Young's return would also help the upside of the Washington defense as a cheap DFS option.

Washington expects DE Chase Young to miss Sunday's game against the Ravens, according to NFL Network's Ian Rapoport. Beyond that, the rookie is "week-to-week" with the groin strain he suffered Sunday against Cleveland. We'll see about Young's availability for Week 5. Keep him on IDP rosters for now if you can.

Washington DE Chase Young left in the 2nd quarter of Sunday's loss to Cleveland with a groin injury and did not return. DE Ryan Kerrigan doubled his playing time vs. the 1st 2 games in Young's absence and would be in IDP lineup contention if Young misses further time. DT Matt Ioannidis also left in the 1st half with an arm injury. Both will get further evaluation Monday, according to ESPN's John Keim.