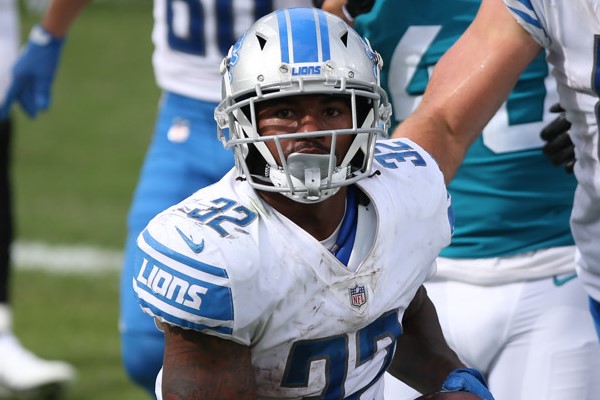 Swift, only 23, should still be an ascending talent.

His 2021 season was plagued by a pair of injuries. And yet he still showed his pass-catching chops with 62 receptions. He’s now accrued 108 catches over the first 2 seasons, the 14th most among RBs since 2000.

The list of names ahead of Swift is largely impressive, as you'd expect:

Now, his target upside is capped a bit by an upgraded supporting cast. And the return of Jamaal Williams will likely limit the ceiling on Swift’s rush volume.

Lions RB D'Andre Swift (ankle, shoulder) has officially been ruled out for Sunday's game vs. the Seahawks. It sounds like Detroit plans to hold him out through the Week 6 bye. Jamaal Williams will operate as Detroit's clear lead back this weekend, with Craig Reynolds as the #2 RB.

Lions RB D'Andre Swift (ankle, shoulder) remained sidelined on Thursday. Expect him to be ruled out tomorrow for this weekend's game vs. the Seahawks.

Lions RB D'Andre Swift (ankle, shoulder) did not practice on Wednesday. He seems unlikely to play vs. the Seahawks this weekend.

Swift out through Week 6 bye?

Lions HC Dan Campbell confirmed on Monday that RB D'Andre Swift could miss some time with his left shoulder injury. Campbell insinuated that Swift might be allowed to heal up through Detroit's Week 6 bye. That'd mean he'd miss the next 2 games vs. the Seahawks and Patriots. We'll continue to track the situation, but Swift owners should start making other plans for the next 2 weeks. Jamaal Williams figures to land in RB2 territory in our Week 4 Rankings.