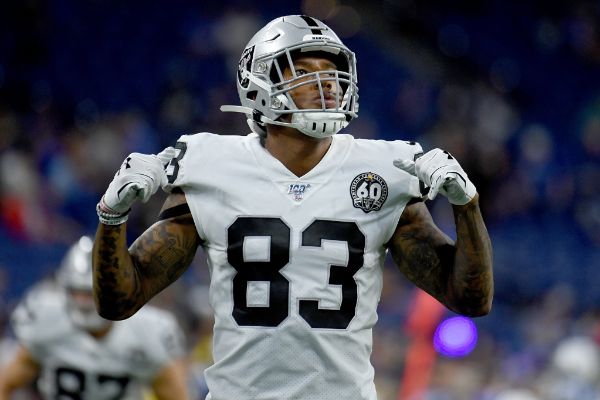 Waller’s 2021 campaign was hindered by ankle and knee injuries that basically cost him 7 games. But he remained efficient and productive in the other 10, finishing 6th among TEs in half-PPR points per game – despite underachieving with just 2 TDs.

Davante Adams’ arrival will very likely cut into Waller’s volume. But he can afford to lose a target or 2 per game and still finish as a top-5 fantasy TE.

Raiders TE Darren Waller has been placed on IR after aggravating his hamstring injury, according to ESPN's Adam Schefter. The team reportedly expects Waller to make it back when first eligible, but that's not until Week 14. He's a fine stash on fantasy rosters if you have room, but Waller is also cuttable if you're in a squeeze. His absence leaves Foster Moreau as Vegas' lead TE for at least the next 4 games vs. the Colts, Broncos, Seahawks and Chargers. He's posted strong route rates and averaged 6.3 targets, 3.7 catches and 34 yards in 3 games without Waller this season. Consider Moreau a low-end TE1.

Raiders TE Darren Waller (hamstring) remained limited in Wednesday's practice. He was limited in practice all last week before missing the Jaguars game. We'll keep an eye on Waller's progress over the next few days, leading up to Sunday's game vs. the Colts.

Raiders TE Darren Waller (hamstring) is inactive for today’s game vs. the Jaguars. That again leaves lead TE duties to Foster Moreau, who’s posted 3-28-0 and 6-31-0 lines with Waller out the past 2 weeks.

ESPN's Adam Schefter calls Raiders TE Darren Waller (hamstring) "unlikely" to play vs. the Jaguars today. "Still is not fully healthy," Schefter adds. NFL Network's Ian Rapoport is a bit more optimistic, labeling Waller a game-time decision. "He's as close as he's been," Rapoport tweeted. "The worry is that he aggravates it, so they'll be cautious. But he's got a chance." We'll get Vegas' inactives around 11:30 am ET. But, for now, we're removing Waller from the TE Rankings and moving TE Foster Moreau up.

Raiders TE Darren Waller (hamstring) was limited in practice all week and is listed as questionable for Sunday’s game vs. the Jaguars. He was in the same spot last week before missing the Saints game. We’ll get Vegas’ inactives around 11:30 am ET on Sunday. Waller will be a risk/reward TE1 if active. If he's out again, TE Foster Moreau will be a viable low-end TE1.

Coming off an injury-shortened season, Waller will turn 30 in September. The arrival of Davante Adams puts a cap on Waller's target upside, but we're still looking at a strong TE1 in the short-term. Waller's on track for free agency in 2024.