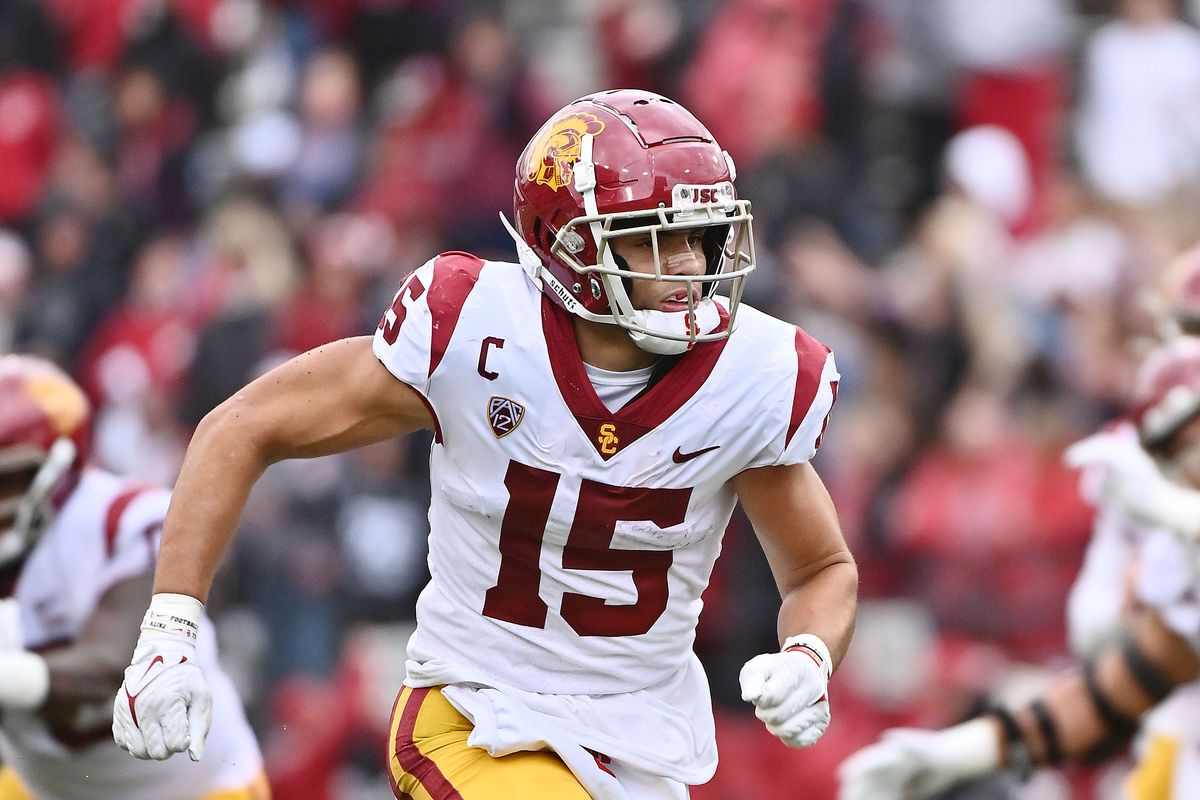 Atlanta’s passing game – and offense in general – figures to struggle this year with some combination of Marcus Mariota and Desmond Ridder under center.

But volume trumps all in fantasy football. London has the talent and situation to claim a big volume this season. He was the 8th overall pick of the draft after an impressive college season. And he faces very little target competition beyond TE Kyle Pitts and RB Cordarrelle Patterson.

Consider the rookie an intriguing WR3 target in fantasy drafts.

Falcons WR Drake London is questionable to return to Sunday's game vs. the Bucs with a foot injury. We'll update the rookie's status when we know more.

Update: London was cleared to return.

Falcons WR Drake London tied for the team target lead (8) in Sunday's win over the Cardinals, continuing his run of strong target shares with 30.8% in the game. He caught 5 for a mere 47 yards, a modest fantasy outing. With Atlanta throwing for just 169 yards and no TDs overall, the ceiling was low for the rookie wideout. He'll close out next week against a Buccaneers squad that might be resting starters after clinching the division title with a Week 17 win.

Falcons rookie WR Drake London has garnered 35% of Falcons targets over the past 3 games, including rookie QB Desmond Ridder's 2 starts. That ranks him 3rd among all WRs over that span, trailing only Tyreek Hill and Michael Pittman Jr. London faces an Arizona defense this week that looks like a negative matchup for WRs by adjusted fantasy points allowed. But Arizona ranks just 19th in Football Outsiders' pass-defense DVOA, has 2 starting corners on the injury report and just lost S Budda Baker to a shoulder fracture. The Cardinals look like a neutral matchup for London at worst. You'll find some caution to our optimism for London in our Week 17 WR rankings, but the rookie lands inside the top 30.

Falcons WR Drake London led the way in targets (9), receptions (7) and receiving yards (96) in Saturday's loss at Baltimore. It marked his 3rd straight game with at least 9 looks and 6 catches. It was also London's 2nd time reaching 95 yards in that span. That marks 3 strong outings in the 4 games the team has played since losing TE Kyle Pitts for the season. London looks like at least a solid WR3 for PPR lineups against the Cardinals in Week 17. It helps his outlook that rookie QB Desmond Ridder fared better at Baltimore: 218 yards on 22-of-33 passing.

Falcons rookie WR Drake London drew a team-high 11 targets in Sunday's loss to the Saints, catching 7 for 70 yards. It marked the 2nd straight game of double-digit targets for London, who garnered 42.3% of Atlanta's total attempts in the debut for rookie QB Desmond Ridder. London also accounted for 53.8% of the team's total completions and 72.2% of the receiving yards. That makes London a worthwhile option against Baltimore and Arizona the next 2 weeks, despite the limited QB and offense.

Atlanta made London the WR1 in the 2022 class, taking him with the 8th overall pick. He’s 1 of just 5 WRs over the last 5 drafts to get top-10 draft capital, joining Ja’Marr Chase, Jaylen Waddle, DeVonta Smith and Garrett Wilson. London checks boxes for size, age-adjusted production and tape. While his rookie year underwhelmed, a lot of that can be traced to Atlanta's run-heavy approach. They remain in need of a long-term QB, too.