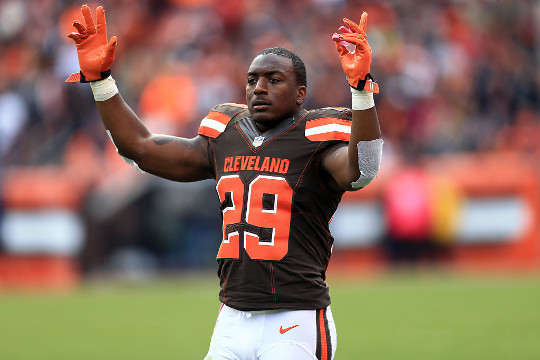 The Bills reached a 1-year deal with RB Duke Johnson, ESPN's Adam Schefter reports. Buffalo tried to sign RB J.D. McKissic last week before he opted to return to Washington, so the team is clearly looking to add depth behind RBs Devin Singletary and Zack Moss. Johnson spent much of last year unsigned or on Miami's practice squad. But he flashed late with 312 yards and 3 TDs on 4.7 yards per carry over the final 4 games of the season. Johnson turns 29 in September and probably isn't a candidate for lead duties in Buffalo. But he could siphon touches from Singletary.

Dolphins RB Salvon Ahmed is a healthy scratch for tonight's game vs. the Saints. Miami will roll with RBs Duke Johnson, Myles Gaskin and Phillip Lindsay.

Dolphins RBs Myles Gaskin and Salvon Ahmed are active for today’s game vs. the Jets. Both guys came off the COVID list on Friday. Gaskin had been operating as Miami's clear lead back, averaging 17.6 carries and 3.2 targets over his last 5 games. He’s an upside RB2 vs. the Jets’ league-worst RB defense. RB Duke Johnson is also active for Miami. RB Malcolm Brown remains on IR.

Dolphins RB Phillip Lindsay has joined teammates Myles Gaskin and Salvon Ahmed on the COVID list. All 3 are vaccinated, according to NFL Network's Tom Pelissero, so they have a chance to be cleared in time for Sunday's game vs. the Jets. Miami has RBs Duke Johnson and Gerrid Doaks on the practice squad, with RB Malcolm Brown still on IR with the quad injury he suffered back in Week 7.