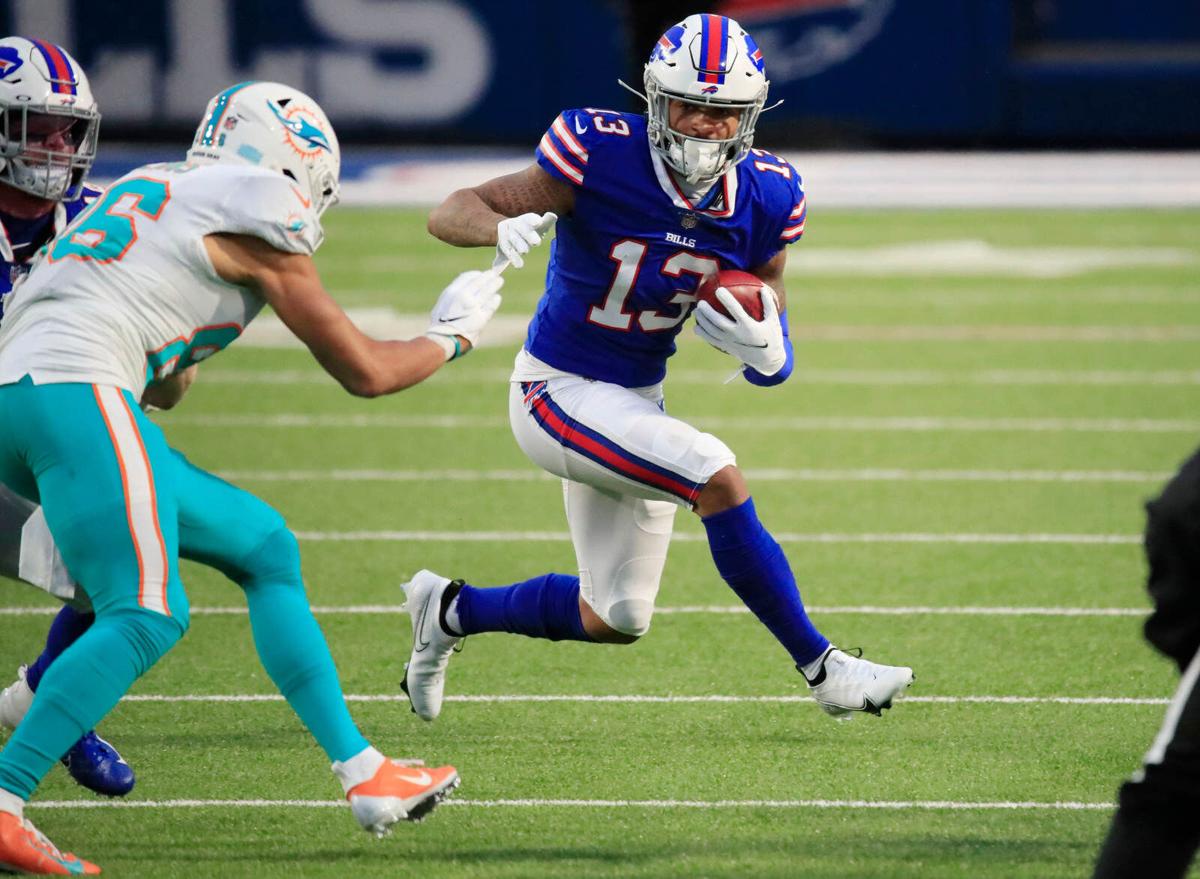 Davis projects as a near full-time player alongside Josh Allen and Stefon Diggs. Buffalo added several pieces this offseason, but they don’t bring Davis’ combo of size and skill.

We saw the 23-year-old’s upside down the stretch last year. There’s a WR2 ceiling here, and while we wouldn’t go overweight, his Round 8 ADP is an acceptable range to mix in some best ball exposure.

Bills WR Stefon Diggs popped off for 7 catches for 114 yards against Miami. He tied Gabe Davis for the team lead in targets (9). The highlight here was a beautifully thrown Josh Allen deep ball for 52 yards — the duo’s 2nd longest gain of this season. Diggs will likely face the Bengals in the Divisional Round. It would be the first showdown between Buffalo and Cincinnati this season.

Bills-Chiefs AFC Championship would be in Atlanta

The NFL announced that a neutral-site Bills vs. Chiefs AFC Championship game would be held at Mercedes-Benz Stadium in Atlanta. Yes ... that'd be Josh Allen vs. Patrick Mahomes in a dome to go to the Super Bowl. Bills-Chiefs produced 62 points in the playoffs 2 years ago and 78 points last year -- with both games coming outside at Arrowhead Stadium.

The NFL announced that the Bills-Bengals game will not be rescheduled. It's officially a no-contest and players do not receive any stats for the game. Commissioner Roger Goodell is also recommending that the AFC Championship Game be played at a neutral site if the Bills or Bengals make it there as the road team. All 32 teams will vote on that proposal on Friday.

Update: The NFL owners have approved these changes to the playoff setup.

Bills WR Stefon Diggs garnered just 2 targets in Saturday's win at Chicago, catching both for a mere 26 yards. WR Gabriel Davis led the team with 6 targets, catching 3 for a team-high 45 receiving yards and a TD. TE Dawson Knox followed with a 3-38-1 receiving line on 5 targets. RB Devin Singletary was the only other Bill to catch more than 1 pass.

The forecast for today's Bills-Bears game calls for temperatures in the single digits, wind chill below zero and winds of 20-25 mph with gusts of 35-40 mph. Not quite as bad as what we're seeing in Cleveland -- but pretty ugly. We've adjusted our projections for this game to account for the weather.

Expectations were high for Davis following his postseason blowup in Kansas City (8-201-4). But his 2022 turned up more bust weeks than boom. We wouldn’t be surprised if Buffalo pursued an upgrade on the 24-year-old (in April) this offseason. We already know the team has interest in Odell Beckham.