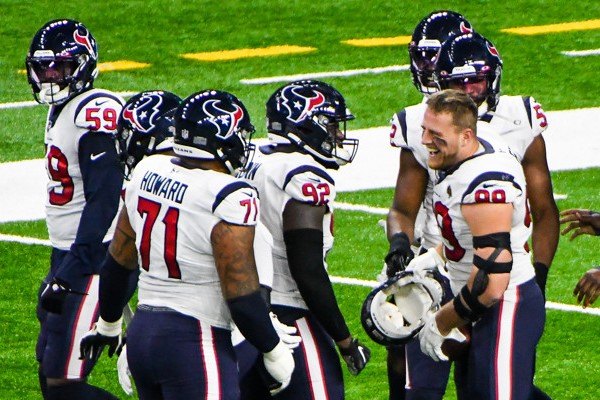 The Texans announced Sunday night that they are firing HC Lovie Smith. It's not a surprising move, as Houston just finished a 3-13-1 campaign. Smith seemed like an uninspired choice last offseason, being elevated from the DC position after 1 year of David Culley as HC. But he had little chance at success with a bad roster and weak QB situation. We'll see where Houston turns next, but it's tough to expect an especially attractive candidate to choose these Texans.

Texans CB Steven Nelson (foot, knee) is active for today's game against the Titans. He remains a low-level IDP option.

Stingley out vs. Cowboys

The Texans have ruled CB Derek Stingley Jr. (hamstring) out for Sunday's game against the Cowboys.

The Texans on Wednesday designated EDGE Jonathan Greenard (calf) to return from IR. It was his 1st practice since he suffered a calf tear nearly 2 months ago. HC Lovie Smith said he didn't know how soon Greenard would be ready for game action but told the team website, "We'll find a way to get him into the mix once he's ready to go." We wouldn't be surprised to see a limited role initially for Greenard. He's worth keeping an eye on for deeper IDP formats but doesn't pop as a "must" add on waiver wires.

The Texans have ruled CB Derek Stingley Jr. (hamstring) out for Sunday's game against the Browns.

Houston Texans, DEF HOU There is no dynasty data for this player.