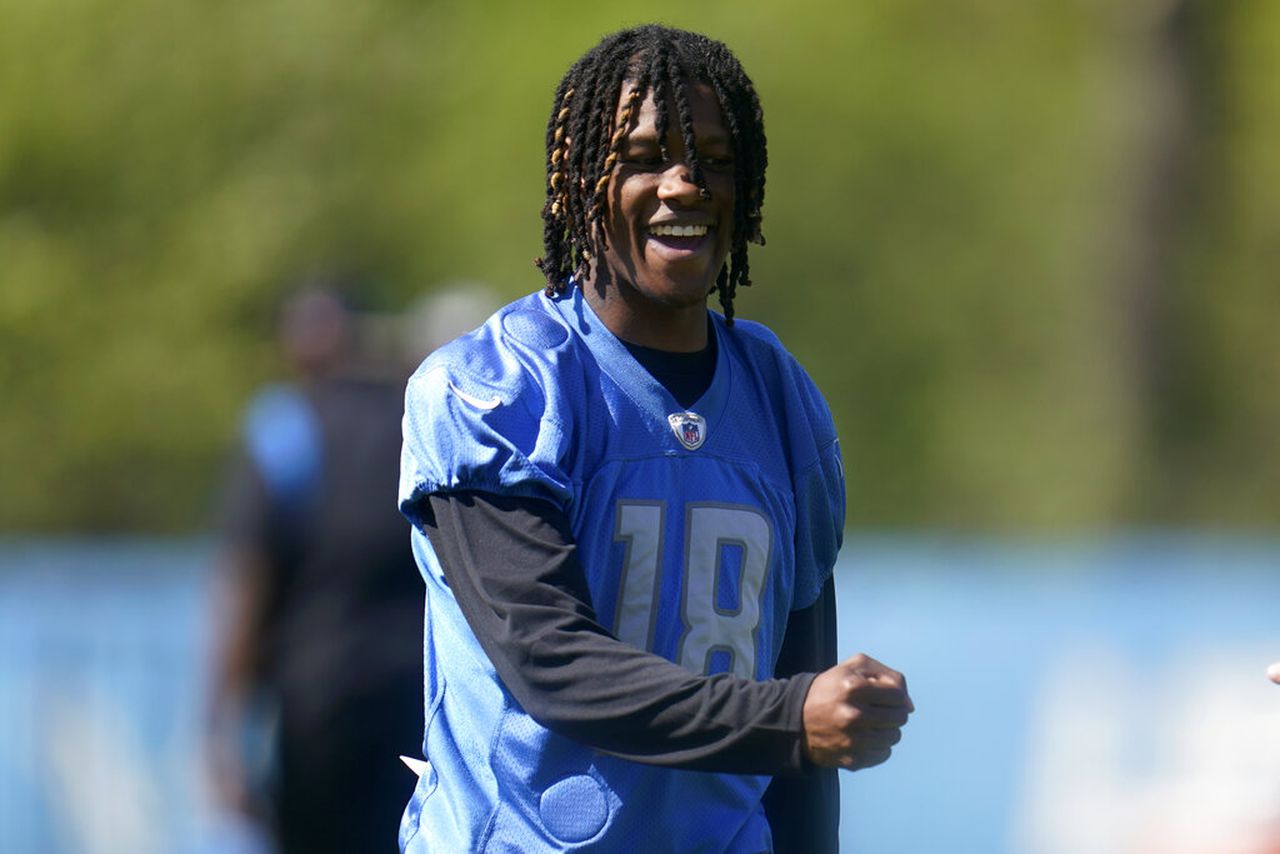 We love Williams’ long-term prospects. He dominated last year in the SEC, and his tape turns up some truly special speed and acceleration.

He doesn’t have the same bulk, but the athletic comparisons to Tyreek Hill are legit.

For 2022, though, he’s just an end-of-roster stash until his ACL fully heals.

Lions rookie WR Jameson Williams scored his 1st NFL TD from 41 yards out in Sunday's win over the Vikings. It was his only catch among 2 targets, so we wouldn't go adding Williams to fantasy football rosters off this performance. WR Josh Reynolds and WR D.J. Chark claimed the team's other 2 TD receptions. Reynolds totaled 5 catches for 51 yards among 6 targets.

Lions WR Jameson Williams (knee) is active for today’s game vs. the Jaguars. The rookie is expected to play limited snaps in his NFL debut, leaving him as an option only as a DFS tournament flier. But Williams does add some upside to QB Jared Goff’s fantasy profile.

Lions WR Jameson Williams will be on a "very limited snap count" in his NFL debut against the Jaguars today, according to NFL Network. That's not a surprise considering Detroit has been cautious with Williams' return from a torn ACL all along. The rookie is capable of taking any touch to the house, but he can't be trusted in Week 13 fantasy lineups.

Lions WR Jameson Williams (knee) has been activated from the Reserve/NFI list, putting him on track to make his NFL debut vs. the Jaguars on Sunday. Williams is nearly 11 months removed from tearing his ACL in last year's National Championship. The Lions have seemingly played it safe with Williams' return, so he should be close to 100%. A healthy Williams will add rare, field-tilting speed to Detroit's offense. We're expecting him to be on some type of snap count in his debut, so he'd be a flier in fantasy lineups this week. But Williams certainly has a chance to be a fantasy factor down the stretch.

NFL Network's Ian Rapoport reports that "there is a good chance" the Lions will activate WR Jameson Williams for Week 13 if he makes it through that practice week "unscathed." The rookie reportedly didn't take on "full-speed" practices this week but will next and has been at "top speed" in his drills for rehab. Williams is OK to stash, but he's not going to be startable in Week 13 fantasy football lineups. We'll see how quickly he can ramp up playing time and target share beyond that.

Williams barely played this past season as he rehabbed an ACL tear. When on the field, though, he showed some of the speed that made him a special college prospect. A resurgent Jared Goff is encouraging, although it remains to be seen if he’s Detroit’s long-term QB.