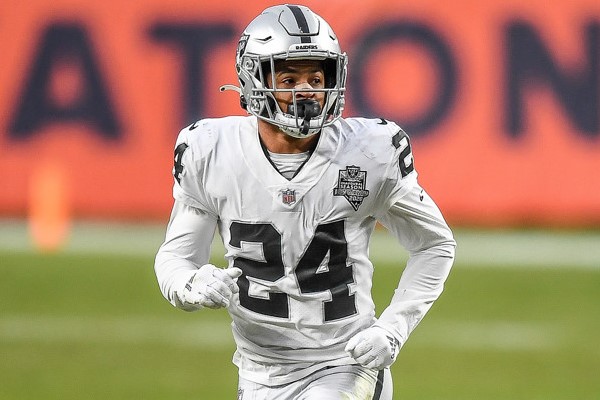 Abram entered the league with a safety-CB hybrid skill set. After injury ended his rookie season in the opener, he put together a just-OK 2nd year.

This season finds Gus Bradley taking over as DC. Bradley spent the past 4 years with the Chargers, who produced Rayshawn Jenkins, Derwin James, Adrian Phillips and Jahleel Addae as usable-to-strong fantasy performers in that time. Before that, Bradley also helped Johnathan Cyprien in Jacksonville and Kam Chancellor in Seattle become IDP draft targets.

Abram looks poised for plenty of time in the "box" and some snaps in slot coverage. Both of those roles are exactly what we want to see a fantasy DB doing. Throw in a weak corps of LBs in a defense that figures to spend lots of time on the field, and Abram just might carry upside into the top 5. Make him a draft target.

The Raiders have placed S Johnathan Abram on IR for his season-ending left shoulder injury that will require surgery. Dallin Leavitt made his 1st NFL start in Abram's place Sunday against the Broncos, collecting just a single assist. The Raiders have also activated CB Nate Hobbs from the COVID list. His role could increase this week, depending on who else does or doesn't make it back from the COVID list in the Vegas secondary.

Raiders S Johnathan Abram left Monday night's game at Cleveland in the 2nd half with a shoulder injury. He's officially questionable to return.

Raiders S Johnathan Abram (knee) is active for today's game against the Colts. He arrived questionable but is ready for IDP use.

Abram out vs. Jets

The Raiders have ruled S Johnathan Abram (knee) out for Sunday's game against the Jets. That likely puts Erik Harris into the starting lineup next to Jeff Heath.

The Raiders have placed S Johnathan Abram on the COVID list. That doesn't necessarily mean the starting safety will miss Sunday's game against the Buccaneers. But it does mean you should make other plans. We already had Abram well down our Week 7 DB rankings anyway. If Abram can't go, then it looks like S Jeff Heath would step in.