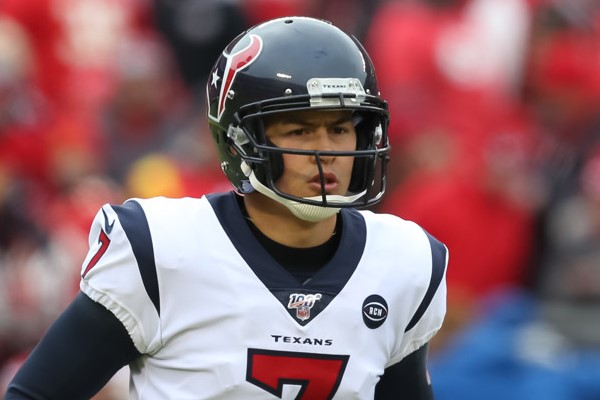 The Texans have released K Nick Rose and will go with K Ka'imi Fairbairn. Fairbairn missed some time earlier this month with an injury but is evidently healthy now. He connected on a decent 80% of his FG attempts last year but missed 3 XPs. He could emerge as a spot-start option later, but we'd draft a safer option to open the season.

Texans K Ka'imi Fairbairn is sidelined with a "minor injury," according to the Houston Chronicle's Aaron Wilson. Houston has signed K Nick Rose as insurance. Avoid this situation in fantasy drafts right now.

The Texans have released K Nick Novak. So it's now Ka'imi Fairbairn atop the depth chart. The UCLA product has yet to attempt a regular-season kick and went 3-of-4 this preseason. You can do better in your fantasy draft.