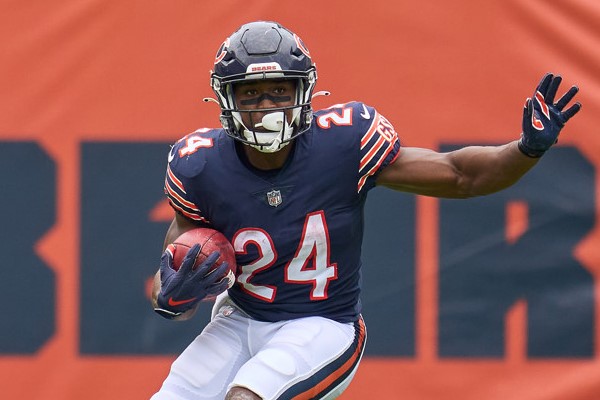 The Bears picked up RB Khalil Herbert in Round 6 of the 2021 NFL Draft. After an underwhelming stint at Kansas, Herbert transferred to Virginia Tech and enjoyed a breakout 2020. As a 22-year-old senior, the Florida native tallied 154-1,182-8 in 11 games. His 7.68 YPC ranked 4th nationally. On film, Herbert excelled both after contact and as a contact-dodger. He also exits college with only 1 career fumble (507 career touches). On the negative side, Herbert is still largely unproven in the receiving game. He at least managed 17.9 YPC on his 10 receptions last season. In Chicago, he could be fighting Damien Williams for a 2021 roster spot.