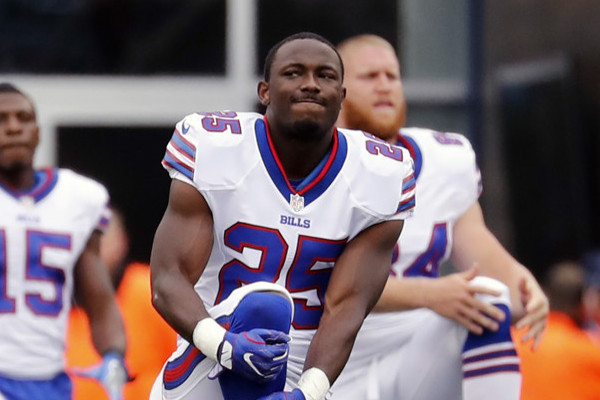 Bucs RB Ronald Jones has been placed on the COVID list. We'll see if he tested positive for the virus or was just a close contact. But between this and Tuesday's finger surgery, he seems like a long shot to play vs. Atlanta this weekend. That'll leave the backfield to Leonard Fournette, LeSean McCoy and Ke'Shawn Vaughn.

Jones will have pinky surgery

Bucs RB Ronald Jones will have surgery on Tuesday to have a pin placed in his broken pinky finger, the Tampa Bay Times' Rick Stroud reports. Stroud notes that this is similar to the injury Chris Godwin had earlier this season. Godwin ended up missing 1 game. Jones hasn't yet been ruled out for this weekend's game vs. the Falcons, but fantasy owners should at least make plans to be without him. Jones' absence would leave Tampa with RBs Leonard Fournette, LeSean McCoy and Ke'Shawn Vaughn. Despite being a healthy scratch last week, Fournette is the best candidate to take over as lead back if Jones sits.

Bucs RB Leonard Fournette is a healthy scratch for today's game vs. the Vikings. That leaves RBs LeSean McCoy and Ke'Shawn Vaughn behind Ronald Jones on the depth chart. HC Bruce Arians said during the bye week that he wanted to get Jones the ball more -- and it looks like he's ready to do it.

Bucs RB Leonard Fournette (ankle) is inactive for today’s game against the Packers. RB LeSean McCoy is back today and, along with RB Ke’Shawn Vaughn, will play behind Ronald Jones.

Bucs RB Leonard Fournette (ankle) was limited in practice all week and is listed as questionable for Sunday’s game against the Packers. Fournette can’t be trusted in Week 6 fantasy lineups, but his return would add a threat to RB Ronald Jones’ workload. RB LeSean McCoy (ankle) is set to return this weekend after missing last Thursday night’s game.

LeSean McCoy, RB UNS There is no dynasty data for this player.