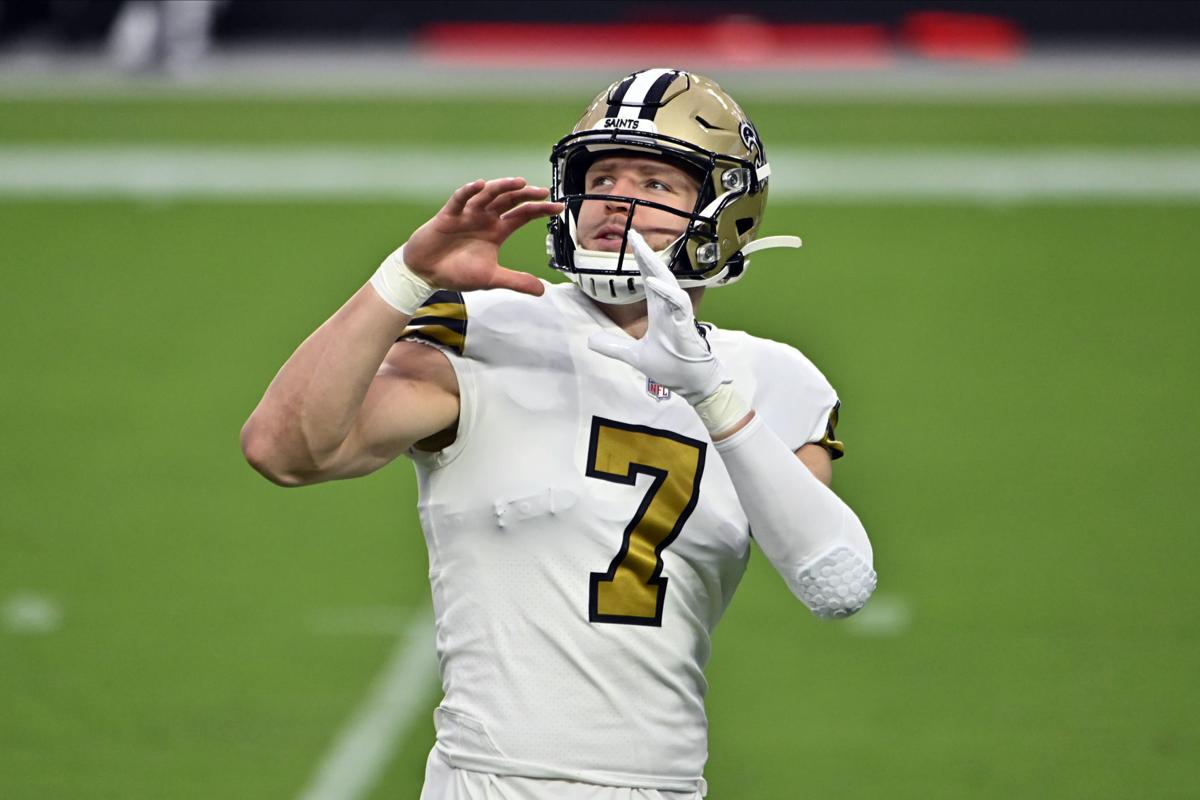 -Hill was conservative with a 7.3-yard average depth of target.

-While Michael Thomas endured an injury-plagued 2020, he did suit up for each of Hill’s starts.

-The Saints signed the hot/cold Jameis Winston as a low-cost backup last offseason. But interestingly, Hill started each of Brees’ absences.

-The Saints re-signed Winston to a 1-year deal worth $5.5 million this offseason. NFL Network’s Ian Rapoport has called Winston the favorite to start.

-HC Sean Payton, predictably, has indicated that both guys will compete for the job in training camp.

-Consider this: Prior to this offseason, Hill’s offseason training centered around playing a number of different positions beyond QB (special teams, RB, WR.) Now he’s 100% focused on the starting QB job. Essentially, there might be another level to his game.

-The Saints return a healthy Michael Thomas and Alvin Kamra this fall — plus a breakout candidate in 2nd-year TE Adam Trautman. But the pass catching depth looks thin, especially at WR.

Even when it comes to Winston’s downfall — turnovers — Hill didn’t show much of an edge last year. He tossed 2 picks and fumbled 10 times.

We see this competition lasting until deep in training camp, with Winston ultimately being named the Week 1 starter. Such a move would keep Hill in his part-time role.

Hill the favorite to start for Saints?

The Boston Globe's Ben Volin hears from "league sources" that QB Taysom Hill is the favorite to start for the Saints this season. "If the experiment fails, [HC Sean] Payton can fall back on [QB Jameis] Winston and a more traditional pocket-based offense and move Hill back to his Swiss Army Knife role," Volin writes. This is the 1st time all offseason we've heard someone call Hill the favorite in this battle. Multiple Saints beat writers -- plus NFL Network's Ian Rapoport -- have tabbed Winston the starter. We're still leaning in that direction, but this will be 1 of the biggest position battles for fantasy owners to track this summer.

Hill questionable for Divisional Round

Saints QB Taysom Hill (knee) returned to a limited practice on Friday and is listed as questionable for this weekend's game vs. the Bucs. The versatile Hill's absence would be a tangible blow to New Orleans' offense -- but boost the outlooks for QB Drew Brees and RB Alvin Kamara.

Saints QB Taysom Hill (knee) missed his 2nd straight practice on Thursday. He banged up a knee early in last weekend's win over the Bears but was able to return. We'll see what he does on Friday and how he's listed on the final injury report for Sunday's game vs. the Bucs.

Saints QB Taysom Hill (concussion) put in full practices on Thursday and Friday and isn't listed on the final injury report for Wild Card Weekend. He'll play his usual gadget role vs. the Bears on Sunday.