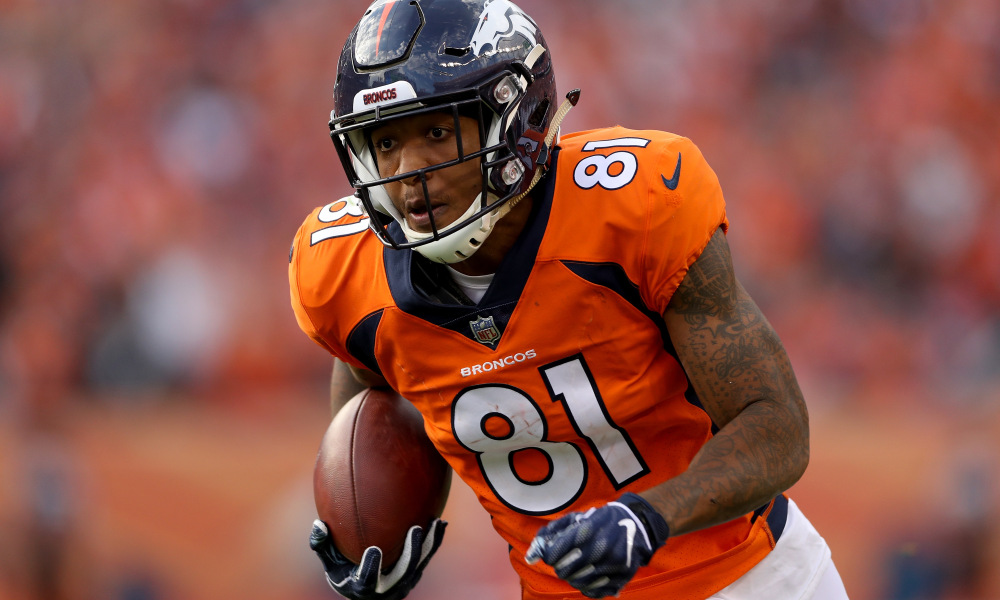 Patrick scored as a fantasy WR4 last year and was better than or equal to Jerry Jeudy and Courtland Sutton in many key metrics.

We’re still projecting him to trail those guys in targets this season, but it’s within the realm of possibility that Patrick finishes among the top 2 on the team in targets. He also gets a huge QB upgrade with the arrival of Russell Wilson. And the Broncos figure to throw it more this season than last.

Add it all up and Patrick is an intriguing flier in the double-digit rounds of fantasy drafts.

The Broncos fired HC Vic Fangio. He won just 7, 5 and 7 games across 3 seasons with Denver. No word yet on OC Pat Shurmur, but we imagine he'll also be gone. We'll see who GM George Paton tabs as his new HC.

Broncos WRs Jerry Jeudy and Tim Patrick have been activated from the COVID list. They'll be back for Saturday's game vs. the Chiefs.

Broncos WR Tim Patrick has been placed on the COVID list. He'll likely miss Sunday's game vs. the Chargers. Patrick has averaged 5 targets per game this season, so his absence leaves some extra volume for Jerry Jeudy, Courtland Sutton and Noah Fant. It'd still be tough to trust any of those guys in Week 17 fantasy lineups.