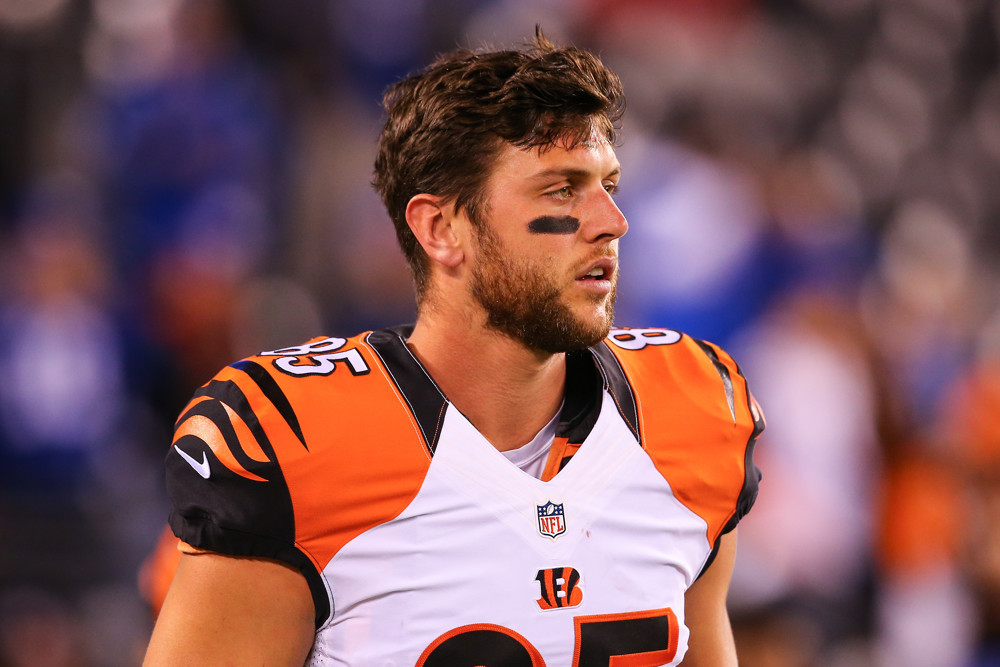 Jaguars TE Tyler Eifert (shoulder) is active for today’s game against the Titans. He’s tallied 9 catches on 10 targets from QB Mike Glennon over the past 2 weeks but remains just a desperation fantasy play.

Jaguars TE Tyler Eifert (shoulder) is listed as questionable for this weekend’s game against the Titans after getting in limited practices on Thursday and Friday. He’s tallied 9 catches on 10 targets from QB Mike Glennon over the past 2 weeks. But he was still a desperation fantasy play and now gets dinged for this shoulder issue.

Jaguars TE Tyler Eifert suffered a neck injury in Sunday's game against the Texans and is questionable to return. We'll pass along an update when we get one.

Chark out for Week 3

Jaguars WR D.J. Chark (back, chest) has been downgraded to out for Thursday night's game against the Dolphins. His status for Week 4 and beyond is uncertain. Chark's absence tonight leaves Keelan Cole and Laviska Shenault as Jacksonville's top 2 WRs. It might also mean an extra target or 2 or TE Tyler Eifert.

Jaguars TE Josh Oliver broke his foot in Sunday's practice, HC Doug Marrone announced. Oliver will undergo surgery on Tuesday and figures to miss a big chunk of the season. He's off the redraft radar. Oliver's absence basically guarantees that Tyler Eifert will open the season as Jacksonville's lead TE. He's worth a look at the end of fantasy drafts.

Update: Oliver has been placed on IR and will miss the 2020 season.

Tyler Eifert, TE UNS There is no dynasty data for this player.