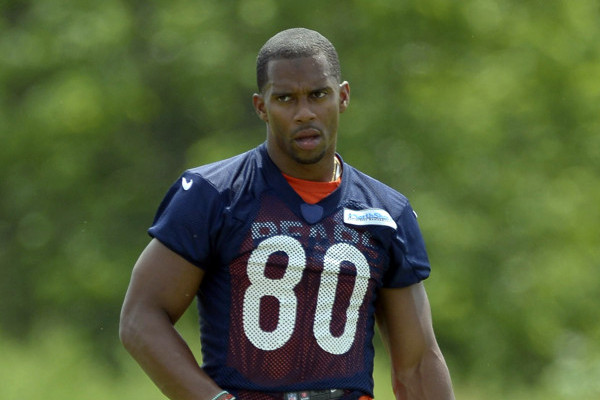 The Bears have released WR Victor Cruz. The writing was on the wall when the veteran suited up for Thursday night's preseason finale. Turning 31 in November and with a plethora of leg injuries behind him, Cruz has very little left in the tank. He remains off the redraft radar. Chicago's WR depth chart now reads: Kevin White, Kendall Wright, Deonte Thompson, Josh Bellamy. WR Markus Wheaton is expected to miss another week or 2 with his finger injury.

Bears WR Cameron Meredith injured his left knee in the 1st half of Sunday's preseason game against the Titans. With his foot planted in the ground, the knee was bent severely inward. It had the look of a serious injury. Meredith was fitted with an air cast on the field and carted off. We'll update his status when we learn more, but don't draft him in the meantime. His absence will leave Kevin White as Chicago's #1 WR, with Kendall Wright, Markus Wheaton and Victor Cruz behind him.

Victor Cruz, WR UNS There is no dynasty data for this player.