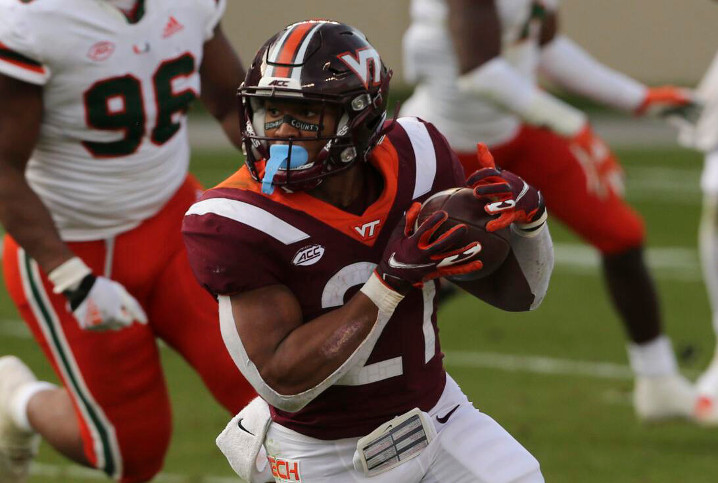 A 3-star recruit out of Fort Lauderdale, FL, Herbert chose to play college ball at Kansas.

Herbert emerged as the team’s lead ball-carrier as a sophomore. And we saw some high-end production — 137 and 291 yards in consecutive weeks (at Ohio, vs. West Virginia). Then came a major drop in production for another bad Kansas squad that lost 10 straight to close the year.

2018 brought the arrival of freshman 4-star Pooka Williams, who eventually overtook Herbert as the #1 back. Williams out-carried Herbert 161-113 and topped the incumbent in catches 33 to 9.

Herbert stuck around for 4 games of the 2019 season. But his role was clearly dwindling thanks to Williams. Add in a “strained relationship” with HC Les Miles — per Dane Brugler of The Athletic — and Herbert decided to transfer to Virginia Tech.

Making 11 appearances last year -- missing almost all of one due to a hamstring aggravation -- Herbert hit 100 yards 6 times. Among qualifiers, his 7.68 YPC ranked 4th nationally. And his kick return efforts (16-430-0) helped him rank 3rd nationally with 1,791 all-purpose yards.

Compactly built, Herbert tallied nearly 57% of his yards after contact. Pro Football Focus charted him with a monster 126.3 Elusive Rating, topping the marks set by Travis Etienne (100.6) and Najee Harris (100.5).

His O-line was a strength, especially with expected 2021 1st-round OT Christian Darrisaw helping clear the edge. PFF graded this unit 20th in the country in run blocking.

On the negative side, Herbert simply wasn’t asked to do much in the passing game. Fellow 2020 transfer Raheem Blackshear caught 18 passes to Herbert’s 10. Not ideal, but Blackshear arrived on campus with 80 catches across 3 seasons at Rutgers. He also spent some time as a slot WR at VT.

Finally, Herbert picked up several injuries throughout his career, including a hamstring (2017, 2020) and a toe (2016). The injuries cost him roughly 7 full games.

Now healthy entering the league, what can we expect for this ascending 23-year-old?

(Note: For more on Herbert, check out this quick interview with NFL Network's Good Morning Football.)

Herbert excelled in Virginia Tech’s zone heavy rushing scheme. When given a crease, he showcased an ability to quickly find holes and explode through them. You can also see his long speed below, and it was confirmed with the sub-4.5 forty-time. Herbert tallied 19 carries of 15+ yards in 2020 alone, per PFF.

Here you see an example of his patience, vision and make-you-miss ability. All 3 traits look like assets at the next level.

Herbert had a tendency to bounce runs to the outside. But often times, that was simply where he was able to find the most room. That certainly looks like the case on the following run.

Herbert's 33 career catches speak to a relative lack of inexperience. Very rarely did I see him line up outside of the backfield. The final clip at least shows a designed screen -- and a nice job of setting up blocks to get into the end zone.

My 6-game sample also turned up limited pass protection reps, but I wouldn't call that skill set a major weakness.

After leaving a lousy Kansas program in 2019, Herbert broke out with Virginia Tech last fall. The 5th-year senior handled 18+ carries in 6 of 11 games and maximized opportunities with 7.7 YPC. He’s compact, elusive and reliable with only 1 career fumble.

Sure, there’s more for him to prove as a pass catcher. And it’s fair to question just how much an advanced age helped him dominate in 2020.

Entering the draft, though, it’s easy to see future RB2 production here — even if he tops out as a 30-35-catch player. I’m expecting him to come off the board in the Round 4/5 range, but as always, landing spot will be extra critical for a mid-round RB. 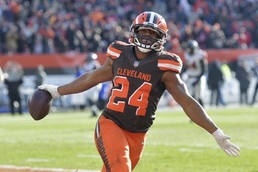 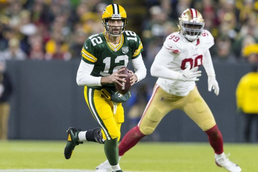 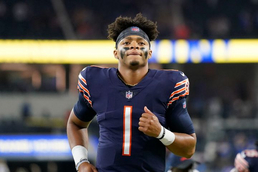