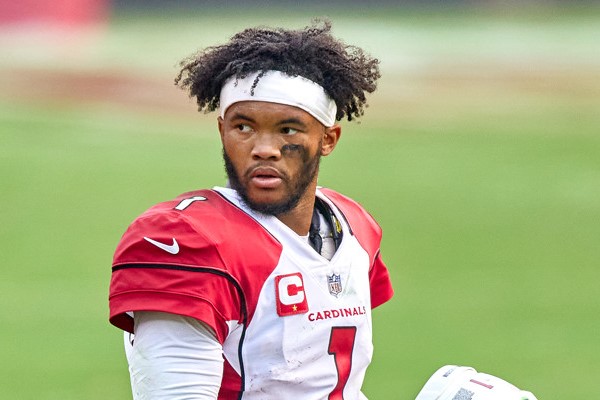 Murray has finished as a top 10 fantasy QB in each of his first 3 NFL seasons, averaging the 7th most points per game at the position over that stretch. He’s been 1 of the most productive rushing QBs in the league and has consistently improved as a passer. He turns just 25 in August.

Murray should be 1 of the first 5 QBs off the board in fantasy drafts. He’s 1 of a handful of guys with the potential to lead the position in fantasy points.

Cardinals QB Kyler Murray (hamstring) put in a full week of practice and isn’t listed on the final Week 12 injury report. "He feels great, he feels 100%,” HC Kliff Kingsbury said Friday. “If there was anything less than that we would have maybe waited, but he feels full go, so we're going to get him going." Murray will be back under center for Sunday’s game vs. the Chargers.

Cardinals WR Marquise Brown (foot) is expected to be activated from IR and play vs. the Chargers on Sunday, HC Kliff Kingsbury said. Brown has been practicing for a couple of weeks now after going down back in Week 6. He carries elevated risk in his 1st game back but certainly has enough upside to make sense in plenty of fantasy lineups. Brown averaged 10.7 targets, 7.2 catches, 81 yards and .5 TDs over the first 6 games of the season -- although none of those came with WR DeAndre Hopkins.

Cardinals QB Kyler Murray (hamstring) was a full participant in Wednesday's practice. It's his 1st full practice since going down in Week 9, putting Murray on track to return for this weekend's game vs. the Chargers.

Kyler Murray "trending in the right direction" to start Week 12

Cardinals HC Kliff Kingsbury said Wednesday that QB Kyler Murray (hamstring) is "trending in the right direction" to return for Sunday's game vs. the Chargers. Murray said that he "feels good" and expects to start that game. Arizona has seemingly played it very safe with this hamstring, so we're expecting Murray to be very close to 100% if he suits up this weekend.

Kyler Murray has progressed "quite a bit"

Cardinals HC Kliff Kingsbury said Tuesday that QB Kyler Murray has progressed "quite a bit" with his hamstring injury. Kingsbury did not say whether Murray will be back for Week 12, though, saying that he needs to be "full throttle" before getting back under center. We'll track Murray's status throughout the week. Kingsbury also said that QB Colt McCoy is "banged up" with elbow, hand and knee injuries.