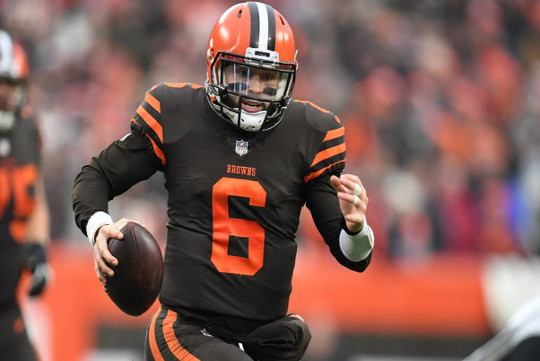 We can assess Mayfield’s readiness and surrounding talent once we know where he’ll play this season. He has been a better real-life QB than this offseason seems to be crediting, but we also might not yet know his true market because of the injury recovery and chance that teams are simply waiting on Cleveland to release him. Mayfield also hasn’t done anything fantasy wise worth getting excited about yet. So he’ll need a good landing spot to make a significant impact. There would be upside to landing in either Seattle or Carolina. The Seahawks seem most likely at this point.

Speaking at minicamp, Panthers HC Matt Rhule indicated that QB Matt Corral isn’t close to earning the starting job. “He has a good spirit, a good demeanor about him when he walks in the building. And I think he understands there’s no timetable for him,” Rhule said Tuesday. “I think he has that sense of urgency when he works. I respect the way he works. But he has a lot to learn. A lot to learn.” None of this should be shocking — it’s June, and Corral’s a Round 3 rookie. Still, with Sam Darnold running with the starters and Carolina reportedly very interested in Baker Mayfield, Corral’s path to year 1 snaps looks rough. He’s a dynasty-only stash for now.

CBS' Jonathan Jones reports that the Browns and Panthers are involved in trade talks "surrounding" QB Baker Mayfield. Jones reports that there's "urgency" for Carolina to make a move early enough to get Mayfield some minicamp reps with the team. He adds that the Panthers' offer is the best Cleveland has gotten and that the primary sticking point is how much of Mayfield's 2022 salary the Browns would pay. The QB is in the 5th and final year of his rookie contract and will likely face a "prove it" year, with unrestricted free agency ahead in March 2023. He makes obvious sense for Carolina, which currently sports Sam Darnold and Matt Corral as the top 2 options. And the relationship between Mayfield and the Browns looks finished. Mayfield hasn't proved to be a high-upside fantasy QB through 4 seasons, but the Panthers would set him up with nice pass-catching talent -- led by D.J. Moore and Christian McCaffrey. Stacking him with 1 or both players in best-ball tournament lineups now would be a low-risk, high-upside move.