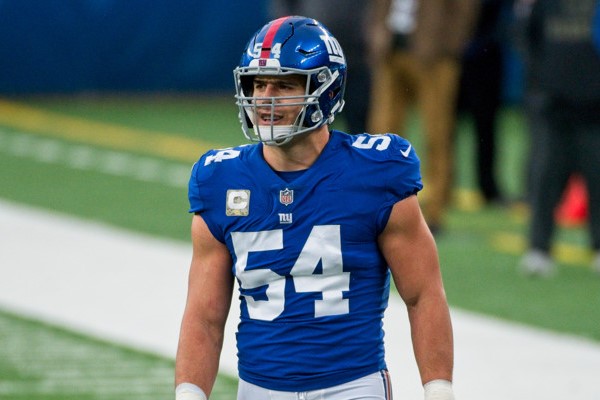 Raiders LB Blake Martinez announced Thursday that he's retiring. It's a shocking move, given that Martinez had made his way into the Raiders lineup after getting his release from the Giants at the start of the season. Martinez appeared in line to start this Sunday against the Colts after the team placed Divine Deablo (forearm) on IR. It's not yet clear who the Raiders will have at LB this weekend. In addition to Deablo and Martinez, Denzel Perryman (hip, ribs) did not practice Wednesday. Jayon Brown -- a healthy scratch in Week 9 -- Luke Masterson and Darien Butler are next in line. Martinez played 5 seasons with the Packers (4) and Giants before losing most of 2021 to an ACL tear.

Raiders LB Denzel Perryman missed Wednesday's practice with hip and rib injuries. Levi Damien of Raiders Wire says Perryman was "visibly in pain for much of the game" in Sunday's loss to the Jaguars. It's tough to say whether that impacted his playing time. Perryman played 75% of defensive snaps vs. 91% for Blake Martinez, in a game Divine Deablo left early. With Deablo now on IR, Martinez looks like the safest IDP option in the corps for this week and a solid-to-good starter over at least the next 4 games. We'll see about Perryman's status for Sunday's home date with the Colts, a high-upside matchup.

The Raiders placed LB Divine Deablo on IR Monday with a forearm injury that knocked him out of Sunday's loss to the Jaguars. He'll now miss at least the next 4 games, making Deablo droppable in most IDP leagues. Blake Martinez filled in and led Raiders LBs in playing time at Jacksonville, collecting a game-high 11 tackles. He looks like a strong IDP option over the next month. LB Denzel Perryman checked in just behind Martinez with 10 tackles against the Jaguars but played just 75% of snaps vs. Martinez's 91%.

Raiders LB Divine Deablo left Sunday's loss to the Jaguars with a right-forearm injury. LB Blake Martinez took advantage, tallying a team-high 11 tackles (8 solo). We'll see about the severity of Deablo's injury and check out the snap counts for Martinez and LB Denzel Perryman (10 tackles) once they're released.

Martinez to be active Sunday

The Raiders have signed LB Blake Martinez to the active roster from the practice squad and reportedly plan to play him in Monday night's game against the Chiefs. LB Denzel Perryman also might be trending toward a return from the concussion that knocked him out of last week's game. Perryman put in a limited practice Thursday and then returned to full participation Friday. That all makes it tough to know how much LB Divine Deablo will play. He has been the full-timer in Perryman's absence. LB Jayon Brown might be trending toward getting out of the way because of a hamstring injury. After a limited Thursday practice, he missed Friday completely. We'll see about the status of the whole LB crew Saturday.

Blake Martinez, LB UNS There is no dynasty data for this player.