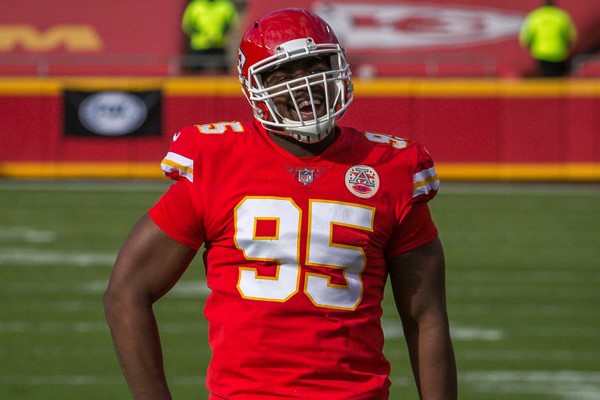 We know what we're getting in Jones at DT: 1 of the league's best players at the position, and arguably the NFL's top interior pass rusher. But this year will be at least a little different.

The Chiefs plan to have Jones line up on the edge more often this year, and Jones says he shed 15-20 pounds in the offseason to prepare for a hybrid role.

"I’m not a real D-end. Spags is gonna move me around," Jones said at the start of camp. "Most likely, I’m gonna be playing both spots, depending on the gameplan and who we’re playing and what’s the best matchup. So I just try to put myself at a weight where I can play 3-tech the whole game or D-end the whole game.”

Wherever he's lining up, we know Jones can get after the QB. He tied for 4th in the league with 28 QB hits last year, and that's not even his personal best (29 in 2018). Jones' fantasy numbers dipped last year, and he earned the lowest run-defense grade of his career so far from Pro Football Focus. But Jones also pulled the best pass-rushing grade of his career and has finished each of the past 3 seasons over 90 (elite level) in that category.

The Chiefs have placed DT Chris Jones on the COVID list, HC Andy Reid revealed to reporters today. That likely means he's out for Thursday night's game against the Chargers. We'll watch to confirm that, of course.

Jones out vs. Washington

The Chiefs have ruled DL Chris Jones (wrist) and CB Charvarius Ward (quad) out for Sunday's game at Washington. LB Anthony Hitchens (knee) is questionable. He finished the week with a full Friday workout, though. We'll check his status Sunday morning.

Jones OUT vs. Bills

Chies DL Chris Jones (wrist) is inactive for tonight's game against the Bills. He has been dealing with the injury for multiple games but must have aggravated it against the Eagles in Week 4.

Chiefs DL Chris Jones is questionable for Sunday night's game against the Bills with a wrist injury. He played through a questionable tag for the same issue at Philadelphia last week, but Jones then missed the entire week of practice. We'd try not to use him in IDP lineups this weekend, especially because you'll need to wait until about 7 p.m. ET Sunday to confirm that he's playing.