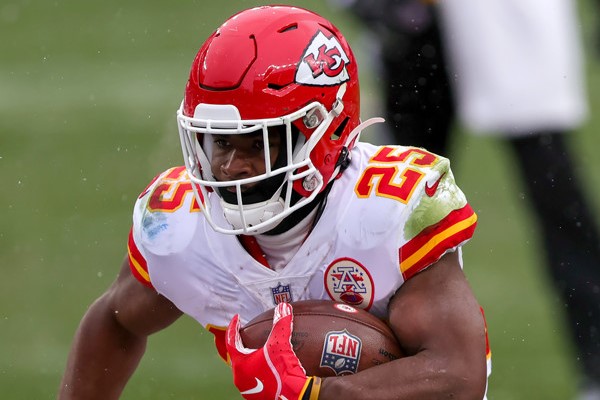 Edwards-Helaire has certainly fallen short of the expectations we had for him when the Chiefs made him the 32nd overall pick of the 2020 NFL Draft. But he’s scored as a high-end RB3 in fantasy points per game the last 2 years, so it’s not like he’s killed you.

He has another chance to deliver in 2022 after the Chiefs let RBs Darrel Williams and Jerick McKinnon go and only added RB Ronald Jones.

We don’t believe CEH is a difference-making talent. But to pay off in fantasy he just needs to be good enough to command lead-back work in this Patrick Mahomes-led offense. He’s worth a shot if you can get him for a RB3 or even low-end RB2 price.

Chiefs HC Andy Reid said Thursday that RB Clyde Edwards-Helaire (ankle) is "unlikely" to play vs. the Jaguars on Saturday. CEH was designated to return from IR and has been practicing this week, but he evidently needs a bit more time to recover from his November 20 high-ankle sprain. Isiah Pacheco and Jerick McKinnon will continue to handle the majority of backfield work for Kansas City this weekend, with Ronald Jones potentially sprinkling in.

Chiefs RB Clyde Edwards-Helaire (ankle) has been designated to return from IR and practiced on Tuesday. He's been out since suffering a high-ankle sprain in Week 11. We'll see if CEH is cleared to play in this weekend's Divisional Round game vs. the Jaguars, but his role was dwindling before that injury. Edwards-Helaire totaled just 10 carries and 5 targets on 38 snaps over his last 3 games.

Chiefs RB Clyde Edwards-Helaire (high-ankle sprain) appears to be nearing a return from IR. HC Andy Reid said ahead of Saturday's win over Seattle that CEH is "working his tail off" and "getting close," according to Pete Sweeney of Arrowhead Pride. We're certainly not playing to stick Edwards-Helaire back into fantasy football lineups this season. But he could complicate the work split for RBs Jerick McKinnon and Isiah Pacheco if he gets back to the active roster for Week 17 or 18.

Another injury bit CEH in 2022, this time a high-ankle sprain. He wasn’t much of a fantasy factor even when healthy — despite another thriving K.C. offense. On the positive side, the former 1st-round pick turns just 24 in April. And if he doesn’t stick with the Chiefs, we’d guess he lands on his feet elsewhere.