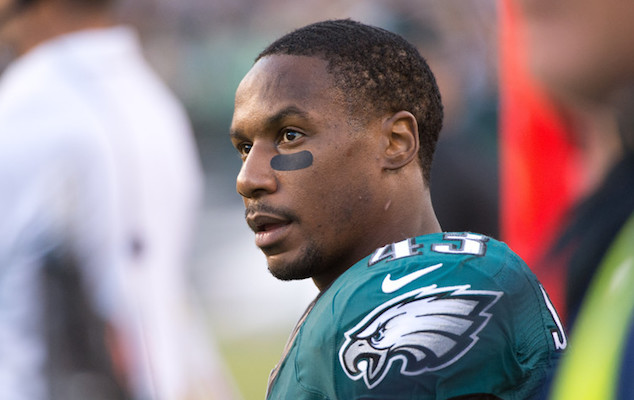 Eagles RB Darren Sproles will miss the rest of the season with a torn right hip flexor. He's averaged just 2.8 carries and 1.7 targets per game this season, so there's not much of a fantasy impact here. This might be the end of the road for the 36-year-old Sproles.

Eagles HC Doug Pederson said Monday that RB Darren Sproles is "week to week" with a quad strain. Sproles has totaled just 6 carries and 2 targets over the past 3 weeks, so there's not much of a fantasy impact here. Jordan Howard and Miles Sanders will continue to share backfield duties in Philly.

The Eagles are bringing back RB Darren Sproles on a 1-year deal. The 36-year-old has played in just 9 games over the past 2 seasons, missing time with a torn ACL, a fractured forearm and hamstring injuries. He's not even a lock to make the roster amid a crowded backfield. But it's also possible Sproles makes the team and plays a role in the passing game. He was targeted 30 times in 8 games last season (including playoffs). The veteran could be a drain on rookie RB Miles Sanders' receiving production.

Eagles 'been looking' for Sanders

Eagles GM Howie Roseman said during a Saturday press conference, "We've been looking for a runner like Miles for a few years," according to NBC Sports Philadelphia. It was obvious that Philly liked Sanders when the franchise selected him in Round 2. These words from Roseman, however, could point to the new guy having a bigger workload share ahead of him than other RBs in the Doug Pederson era. Pederson's Eagles have run with a true committee. Amid personnel shuffling and injuries, no RB has reached a 37% share of team carries in any of his 3 seasons. Philly just traded for Jordan Howard this offseason, of course, but gave up a mere 6th-round pick for a RB in the final year of his rookie contract. Josh Adams, Wendell Smallwood, Corey Clement and Darren Sproles remain from last year's squad, but only Adams has reached 100 carries under Pederson and none has topped 120. Adams is also coming off shoulder surgery. None of those players looks like a big threat to Sanders' touch outlook. We wouldn't bet on workhorse touches for the rookie, but Sanders might just be the best bet to lead the backfield in opportunities right away.

Darren Sproles, RB UNS There is no dynasty data for this player.