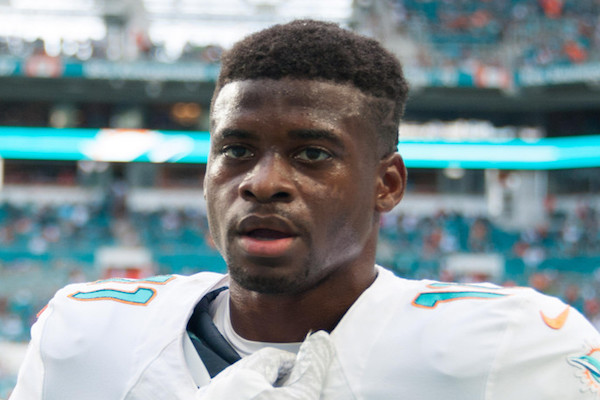 It’s reasonable to say he’s getting a QB upgrade in Mac Jones. But we simply don’t foresee a major role here, especially for a Pats squad that we know values the run. Parker profiles as a more valuable pick in best ball, where you don’t have to worry about when his big games arrive.

Patriots WR Jakobi Meyers (shoulder) is officially listed as questionable for Week 18 vs. the Bills after limited practice all week. Fellow WR DeVante Parker (concussion) logged full practice on Friday and has been removed from the final injury report. It seems as though we'll see Parker on the field on Sunday for the first time since Week 14 vs. the Cardinals. That said, Meyers is the player of the two who carries the most fantasy value. He's played through this shoulder injury for a few weeks now and we feel pretty confident that he'll suit up. The Bills' defense ranks as the 11th-best matchup for WRs in adjusted fantasy points allowed this season, and Meyers carries a team-leading 27% target share over the last 2 weeks. Consider Meyers a solid WR2 in Week 18.

Patriots WR Jakobi Meyers (shoulder) practiced in a limited capacity again on Thursday. It's also worth noting that WR DeVante Parker (concussion) has now practiced limited on back-to-back days. This is certainly encouraging for Parker as he's been sidelined since Week 14. Friday's injury report will give us official designations for the pair of pass-catchers ahead of Week 18 vs. the Bills. Check back tomorrow for further analysis.

Parker out vs. Dolphins

Patriots WR DeVante Parker (concussion) has been ruled out for Week 17 vs. the Dolphins. Parker hasn't appeared in a game since Week 14 vs. the Cardinals. We're onto 2023 with the veteran wideout as far as fantasy football is concerned. WR Tyquan Thornton (knee) is listed as questionable after a limited week of practice.

Patriots WR DeVante Parker (concussion) did not practice on Thursday. Parker has yet to appear in a game since Week 14 vs. the Cardinals. At this point, it's safe to assume the Patriots will be without the veteran again. We'll keep an eye on this situation just in case something changes.

Parker a no-go at Wednesday practice

Patriots WR DeVante Parker (concussion) did not practice on Wednesday. The veteran wideout has not appeared in a game since Week 14 vs. the Cardinals. There's still plenty of time this week for Parker to log practice participation, but working his way through NFL concussion protocol is the biggest hurdle in his way. We'll keep an eye on his activity in advance of Week 17 vs. the Dolphins.